A George I period silver tea caddy of oval shape with stepped foot and shoulders, domed cap with reeded bands and opening sliding base. Later engraved with flowers and foliage and with a central crest of a rampant lion wearing a crown. The hallmarks are partially obscured, the date letter particularly and partly the maker's mark but I think it is for Richard Green, c.1726.

Condition is very good with a few small points to note. There is a scratch weight on the sliding base which doesn't match the caddy itself so a well fitting replacement with some small solder work on the inside of the cover and scratching as further evidence. There has also been some activity to the inside of the lid which has been partially filled with silver solder (there are no external signs of issue so it may have been to reduce the measure possibly). A couple of minor, shallow dents to the floral engraved side and very minor distortion to the pouring rim. Light surface wear and as previously mentioned partially obscured marks. 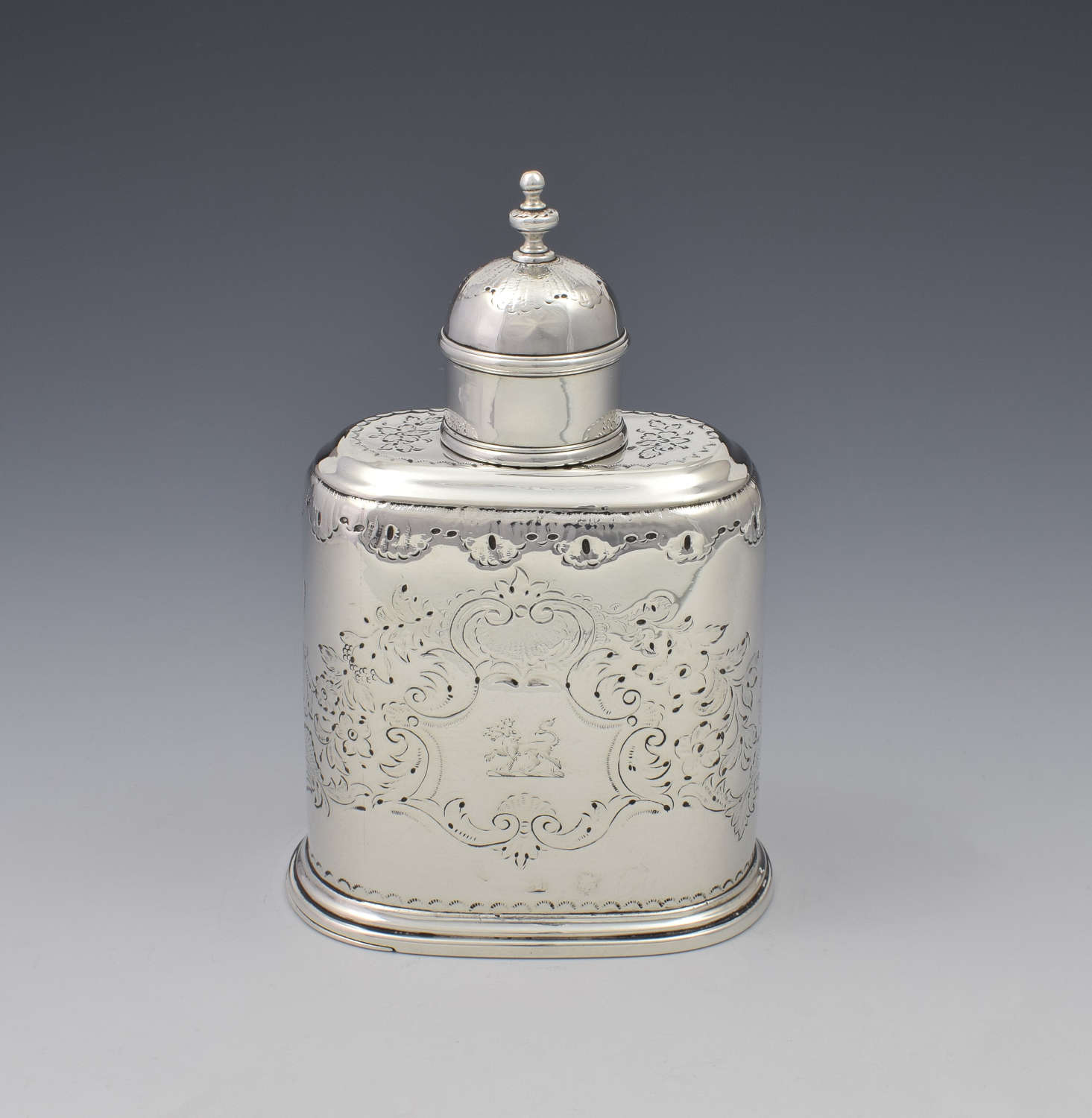 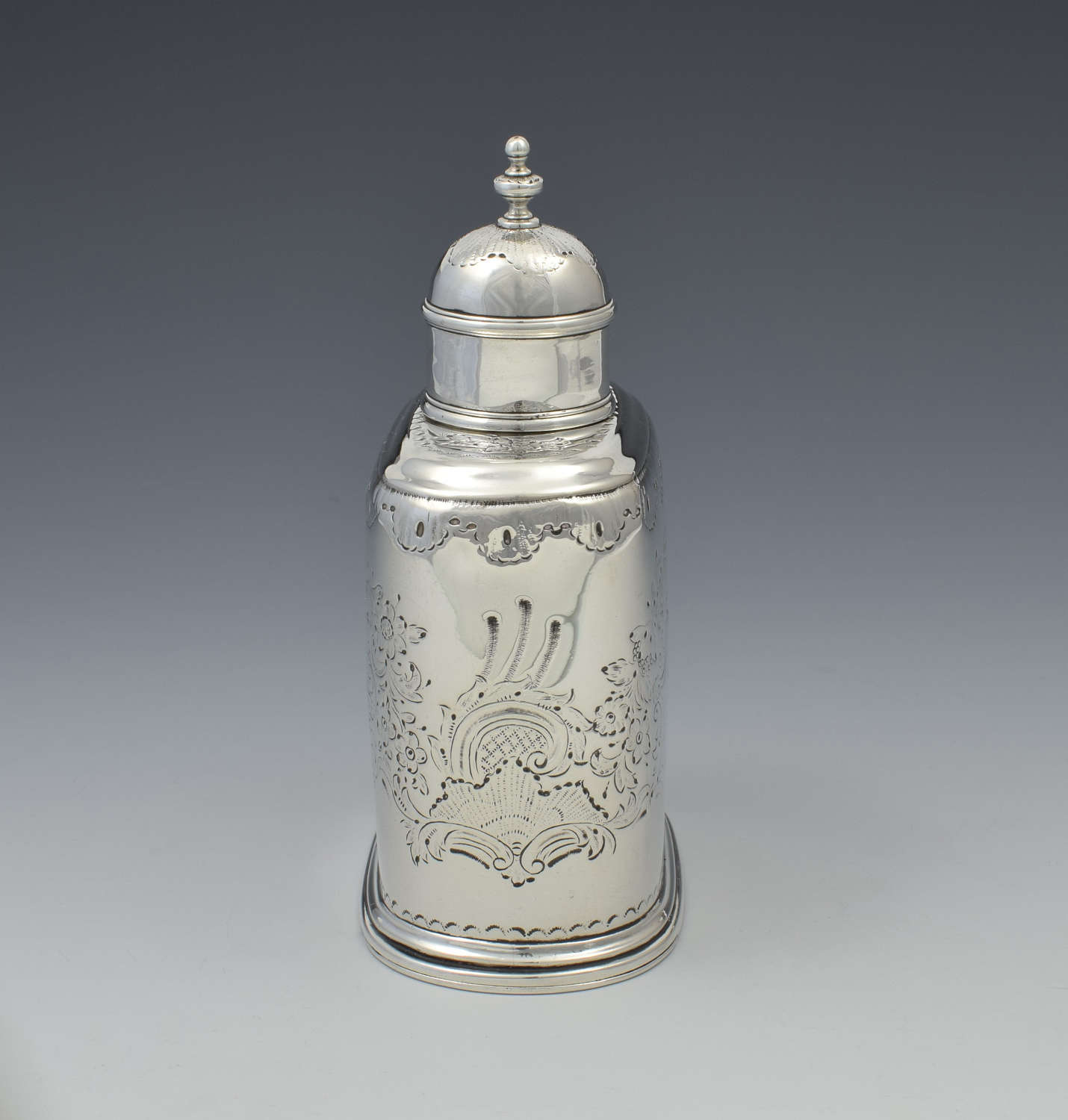 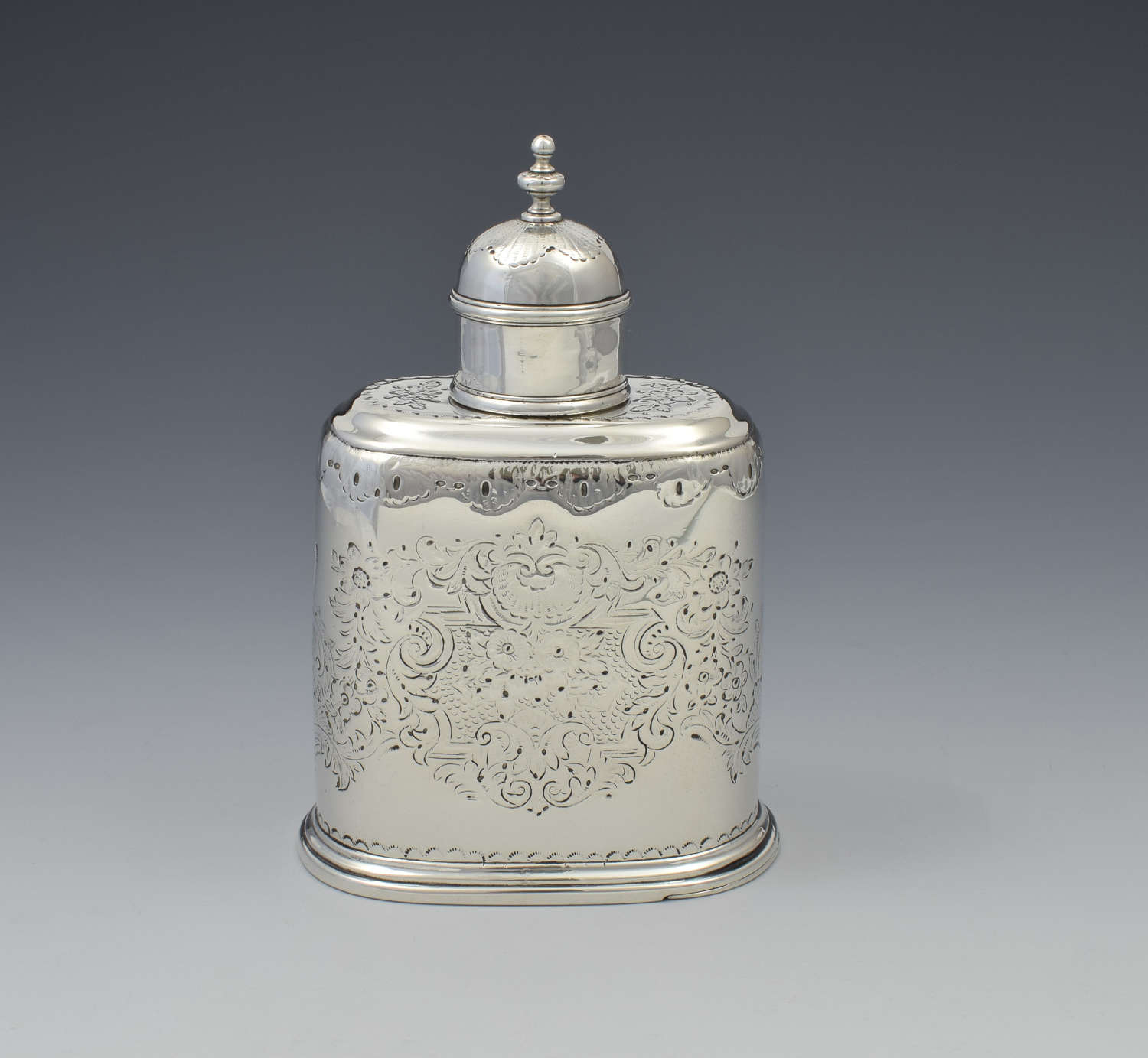 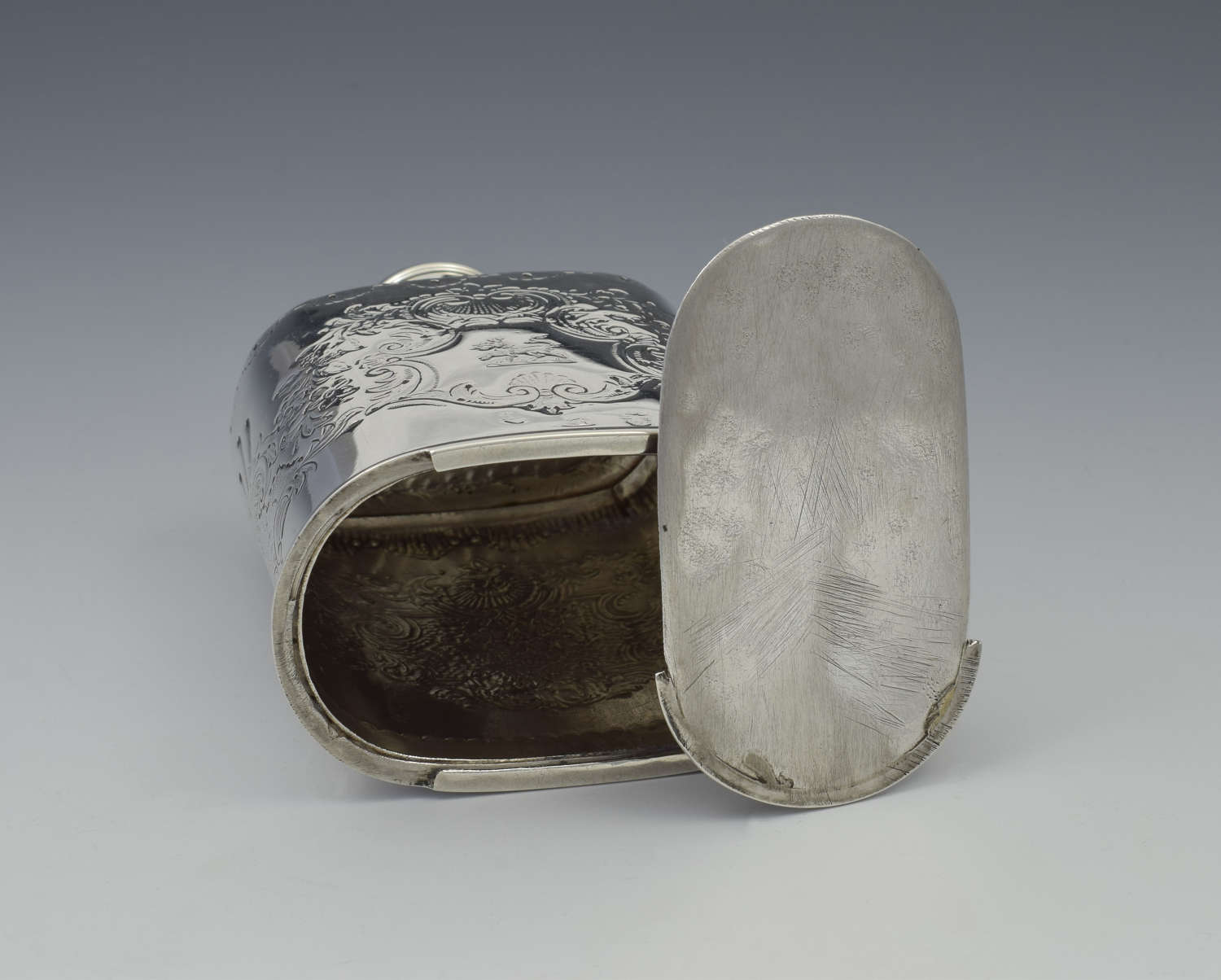 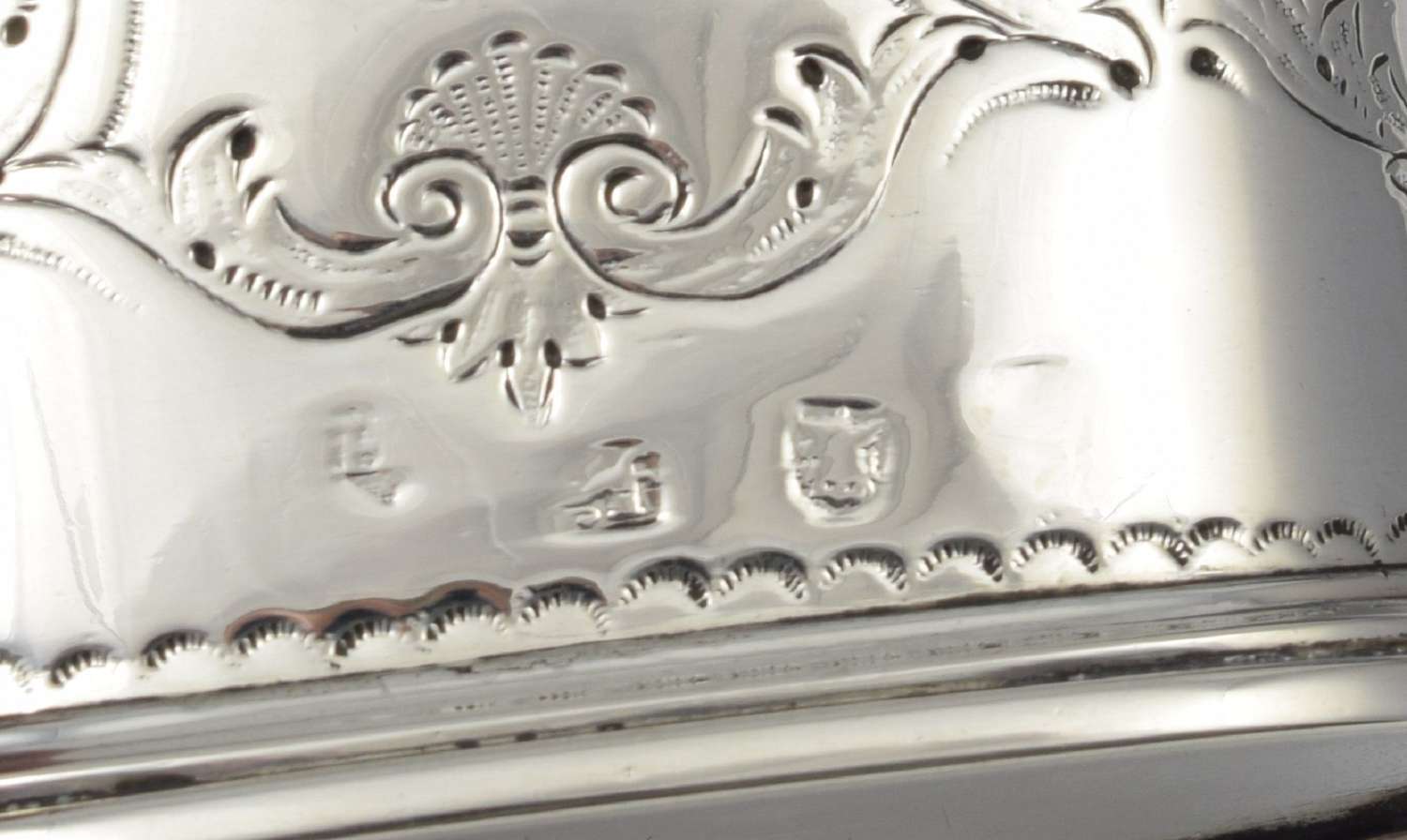 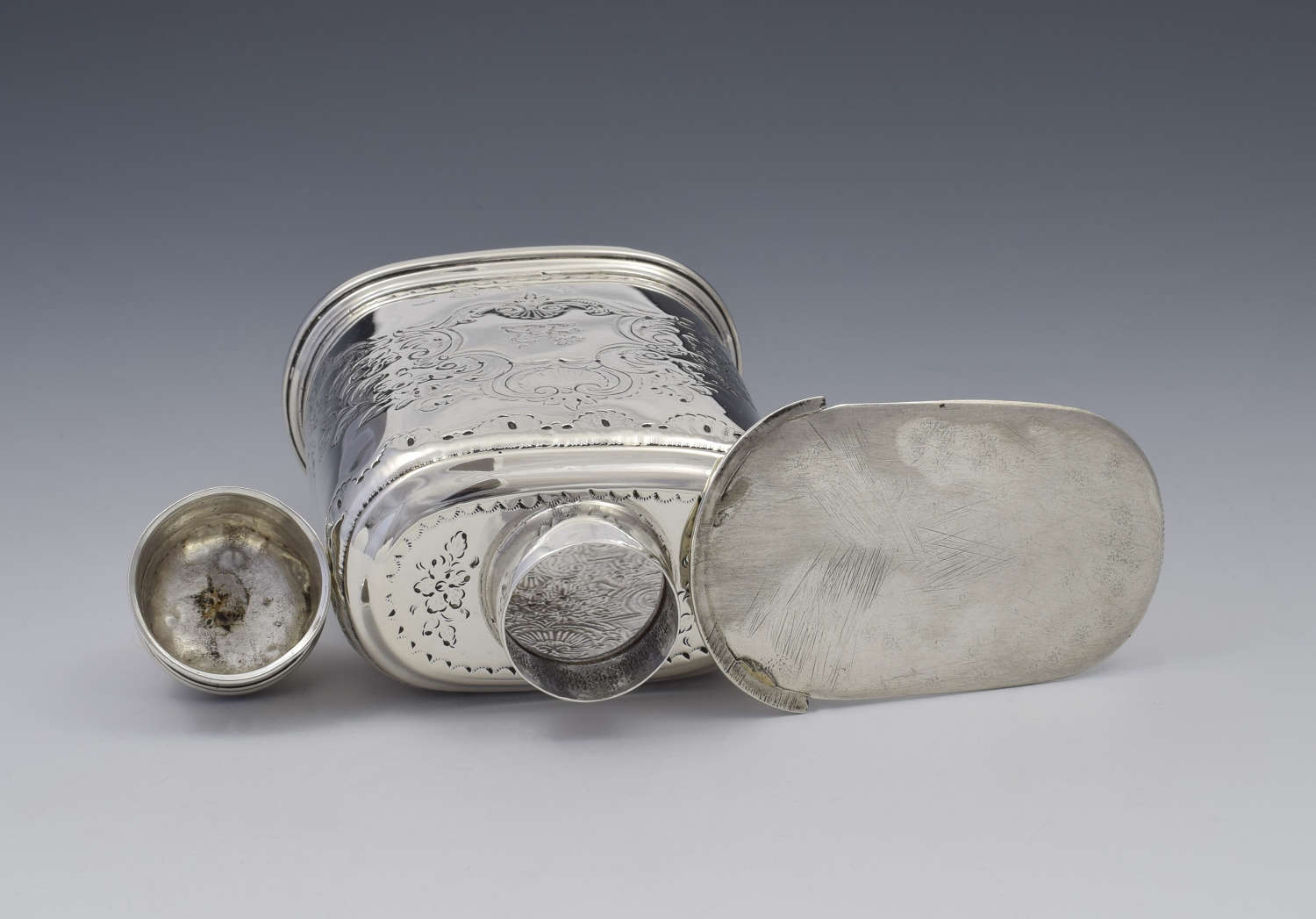