A pretty early Derby figure of Water from the series of The Four Seasons modelled by Pierre Stephan, c.1780. Set on an octagonal base with Greek key moulding, the figure as a fisher-girl stands holding a fishing net with a caught fish and cradling 2 others in the folds of her skirt. A crayfish sits by her feet.

Patch marks to the base and incised "No 3" with some other incised workman marks including what appears to be the word "Small". Many of these figures are later Bloor period examples so it is nice to have an early example.

Condition is very good: the bottom part of the rod of her net has been restored. No other damage or restoration. There is a very small section of missing glaze on her left forearm and the green enamel on the base at the back has run during firing. These both appear fully original to the piece. Surface wear is light and the enamels are lovely and bright. 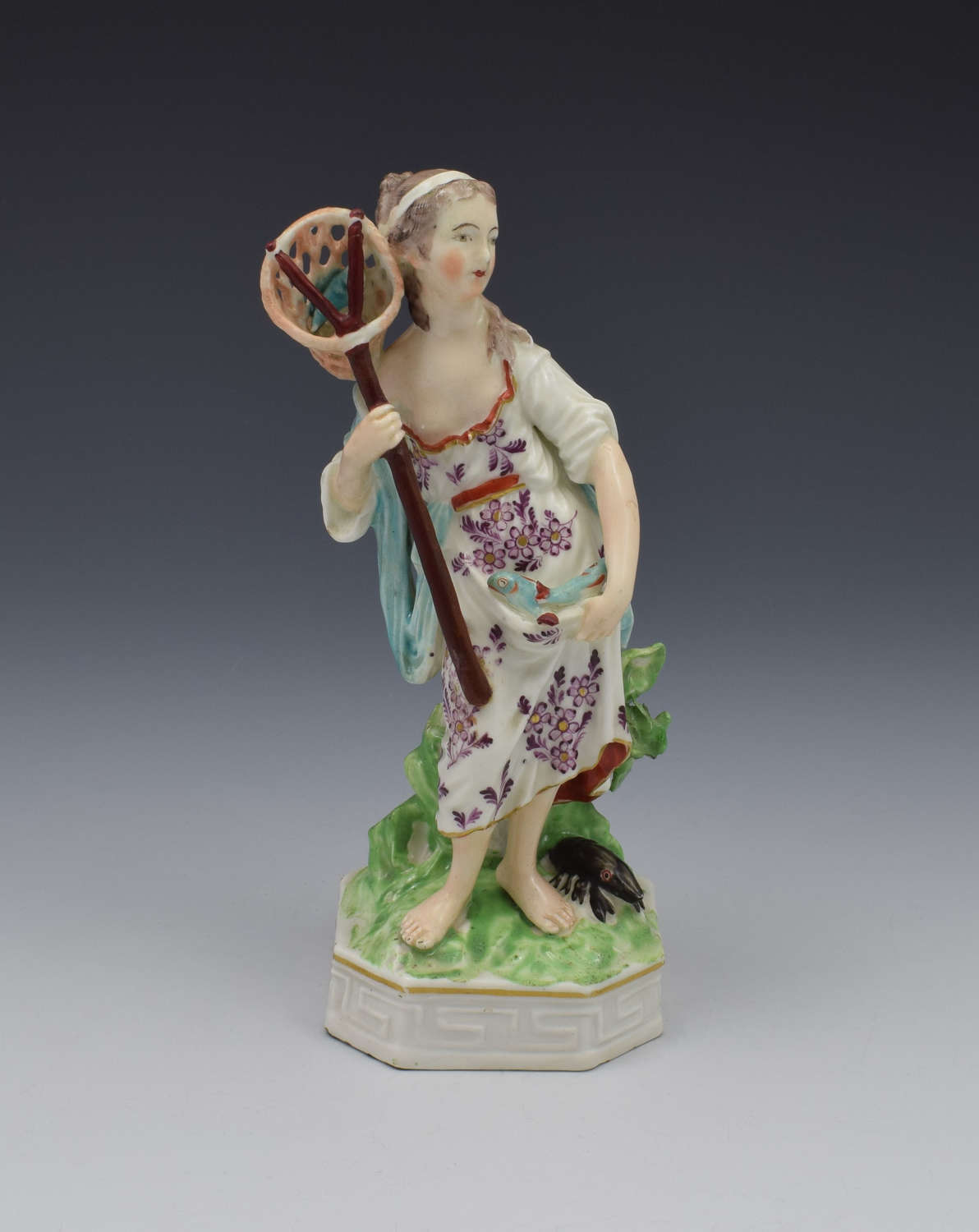 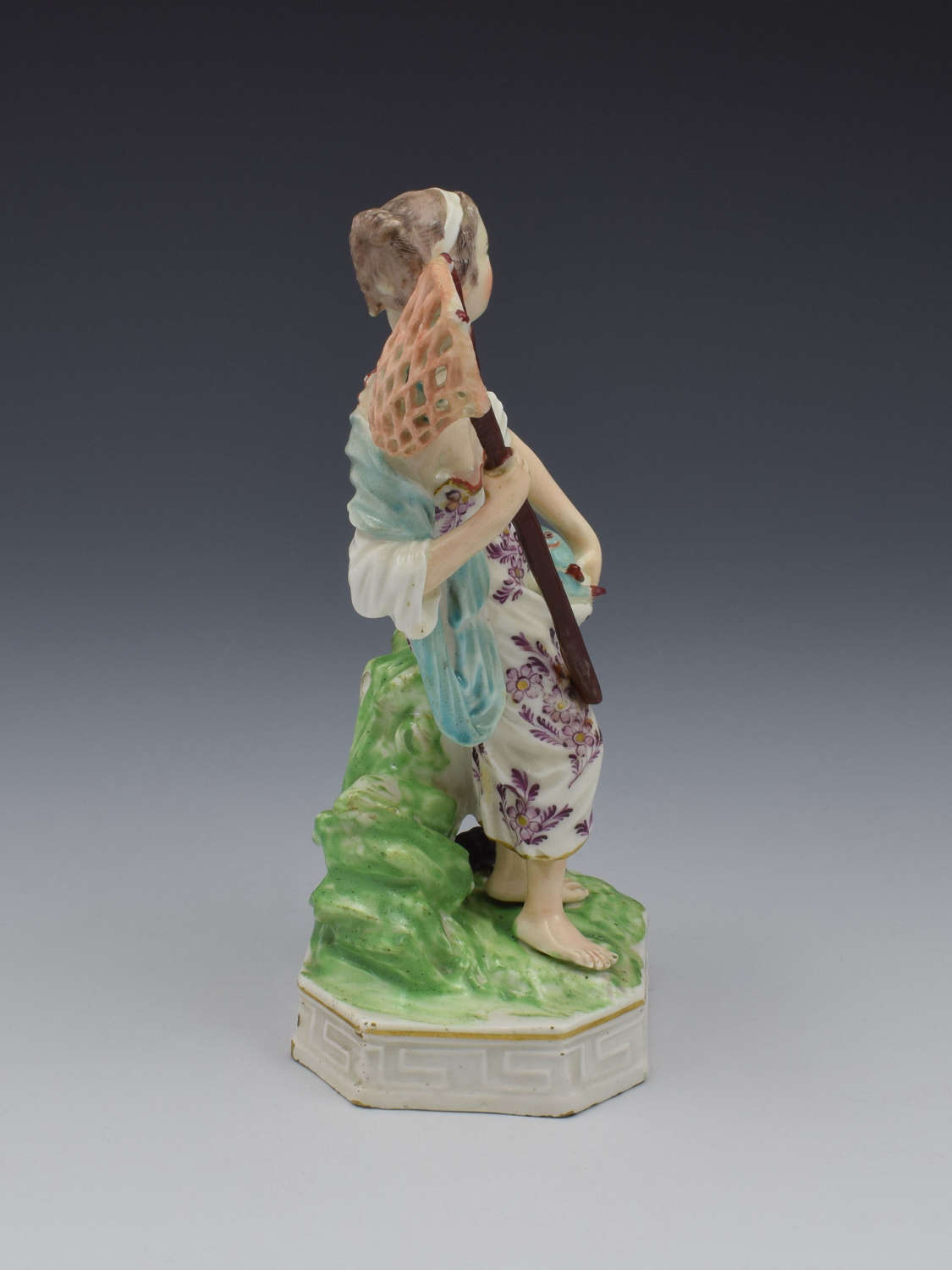 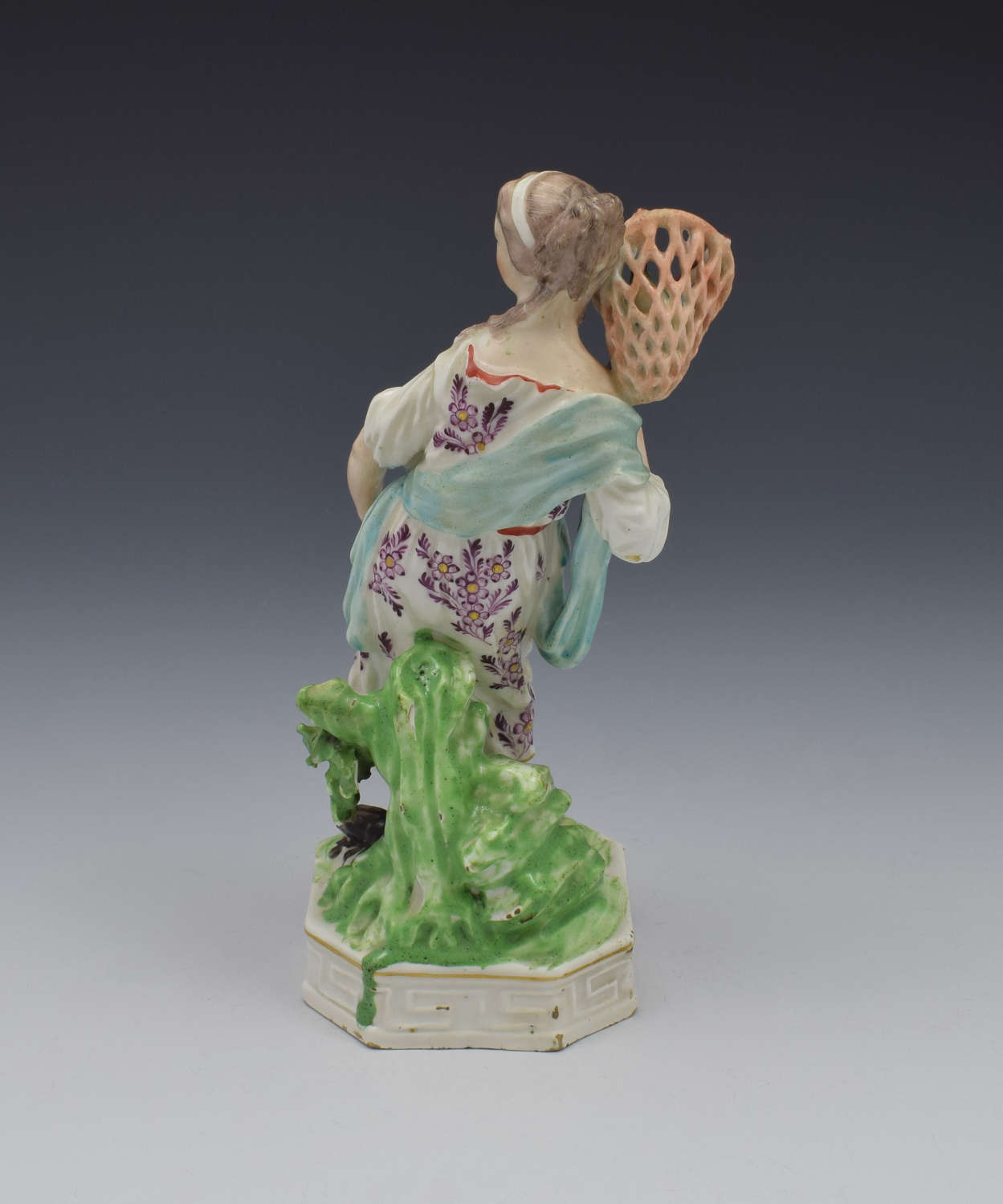 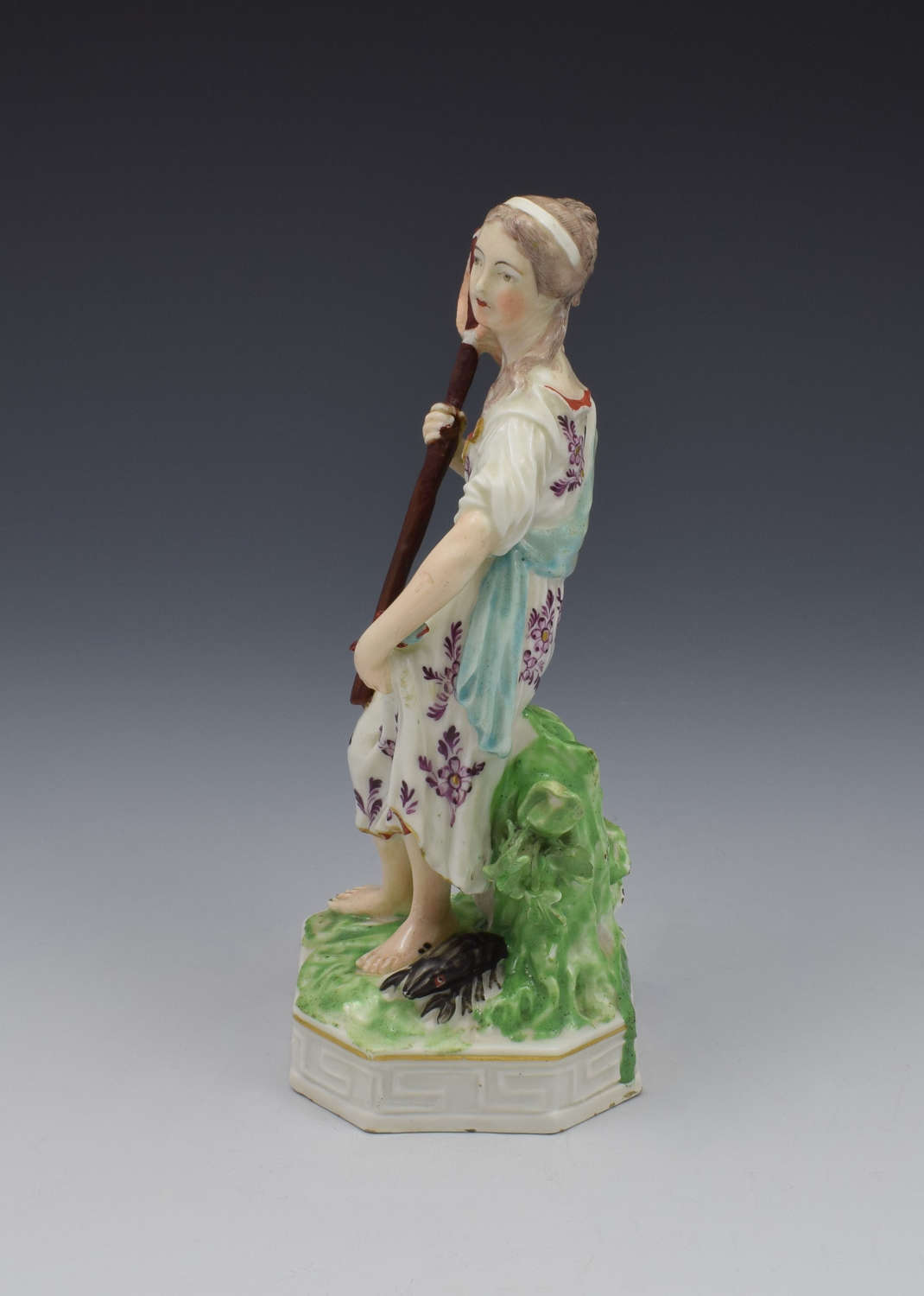 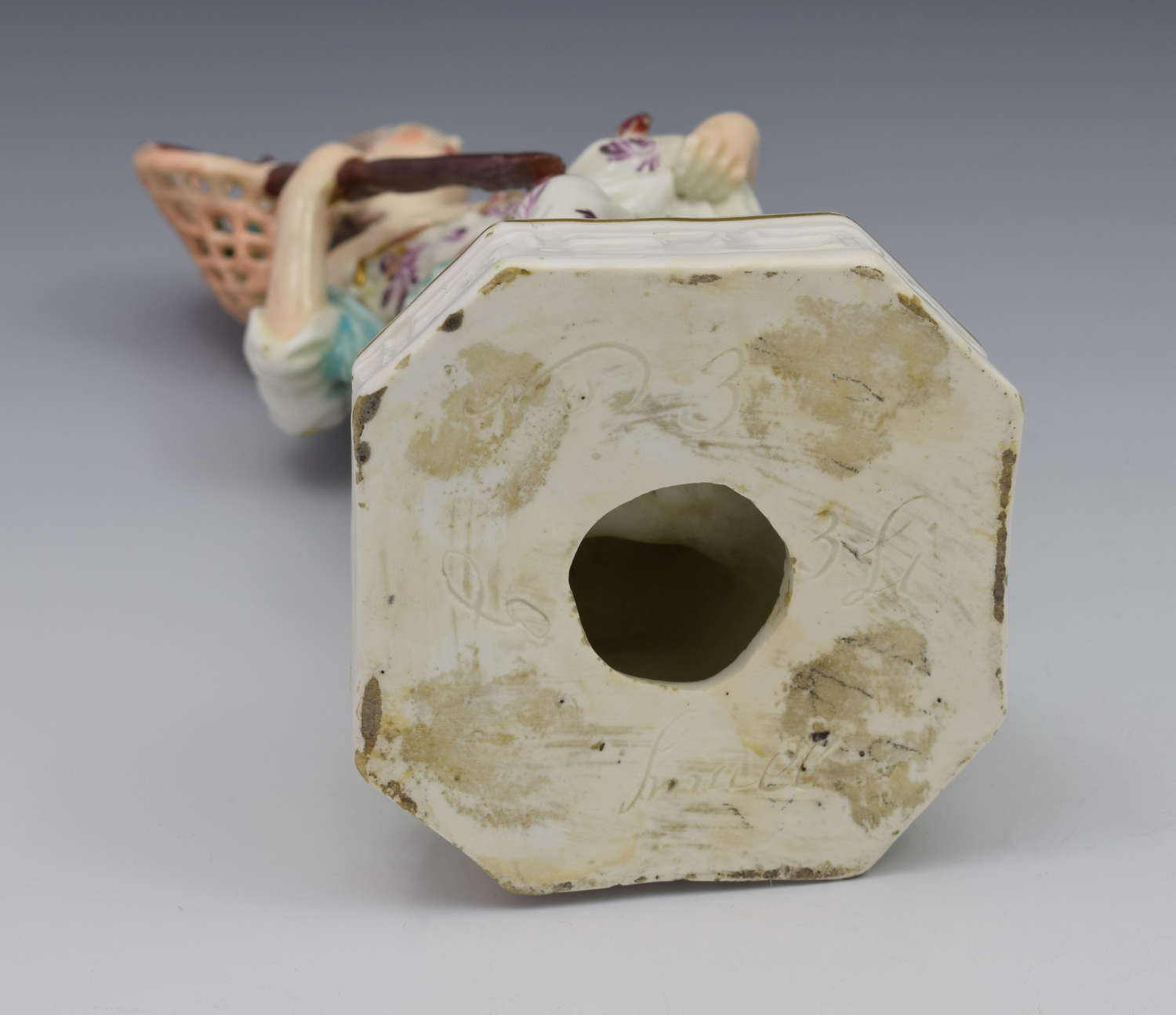 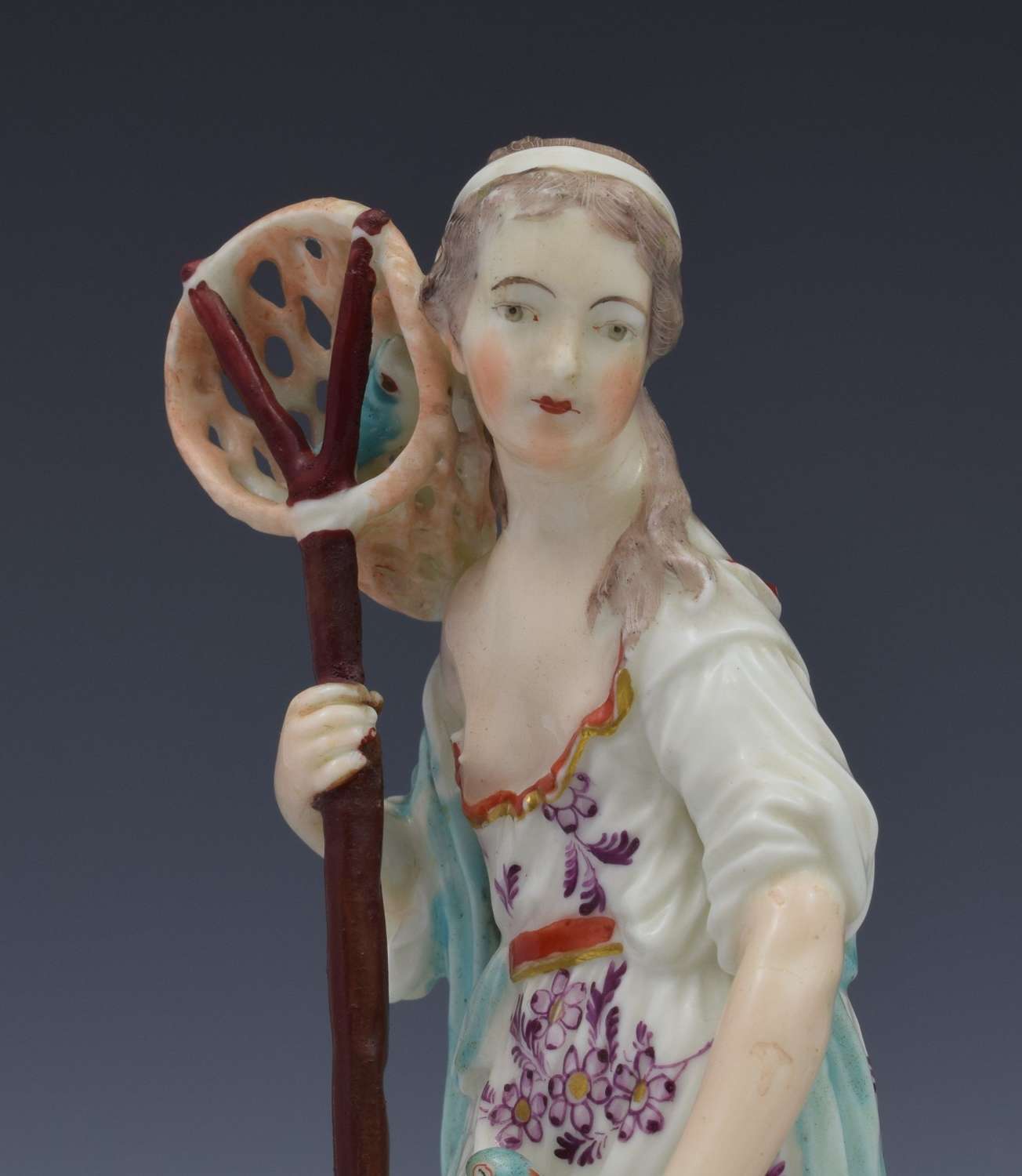