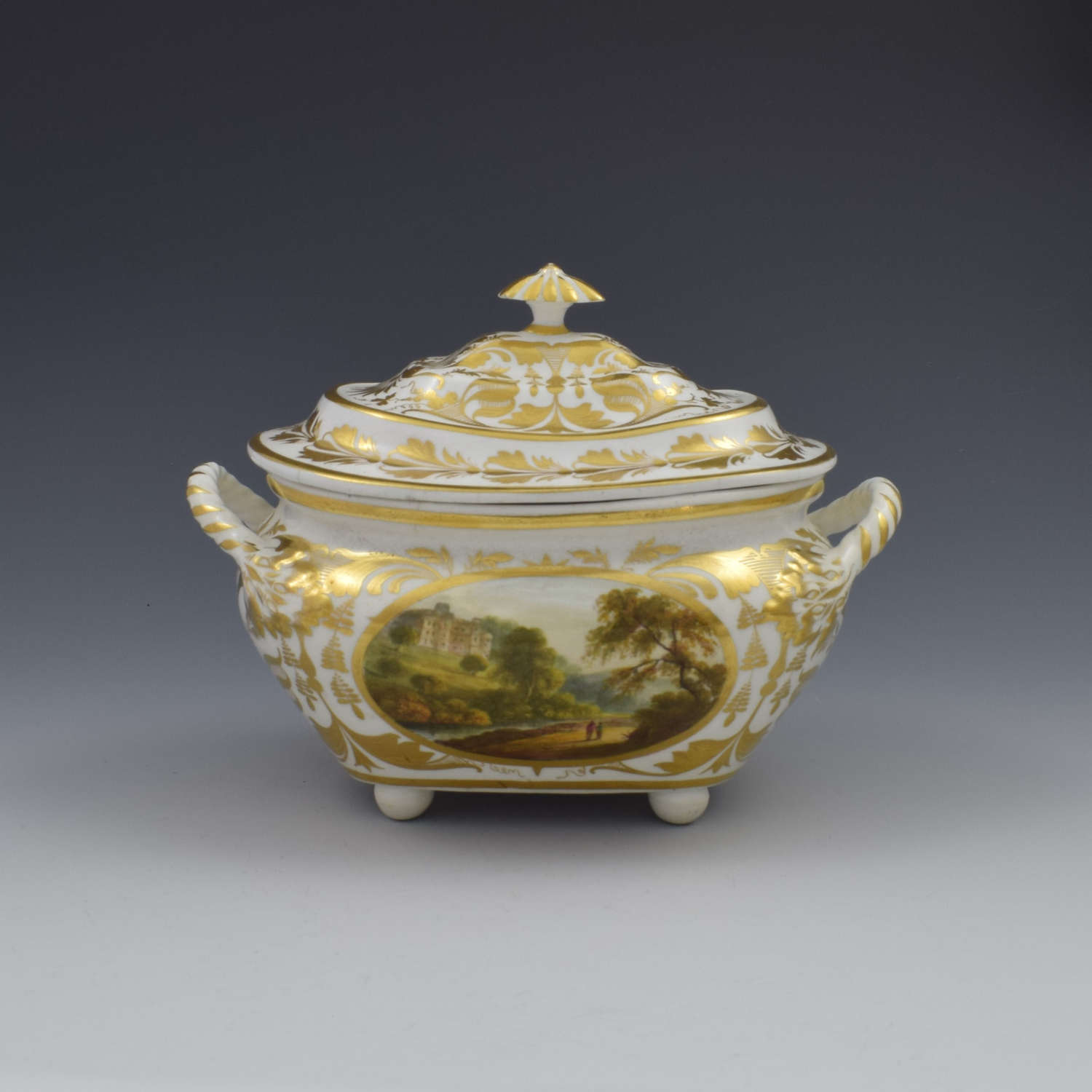 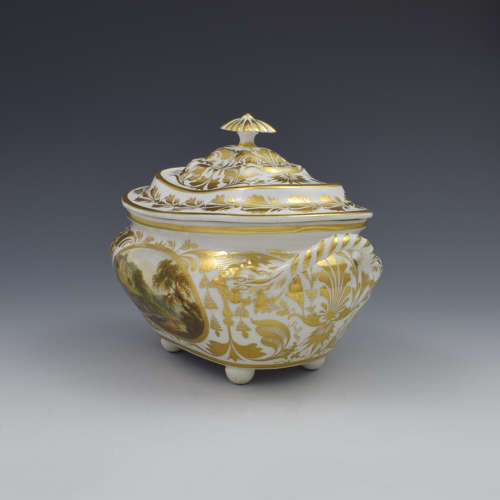 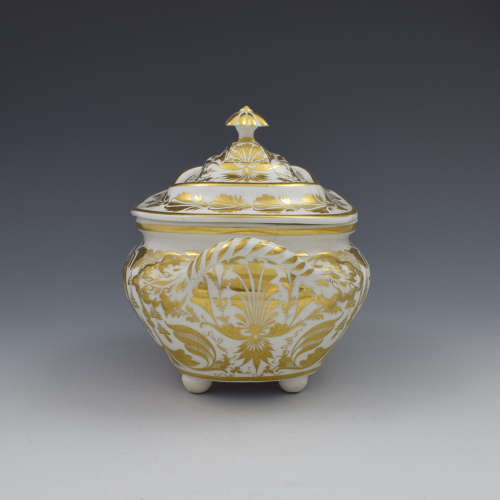 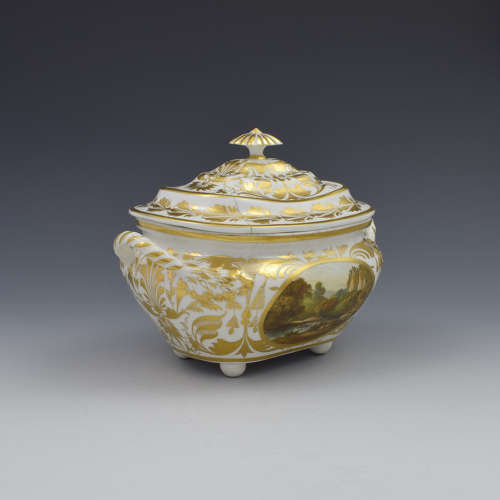 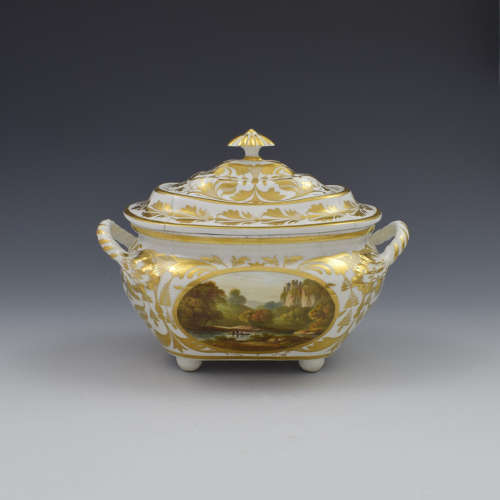 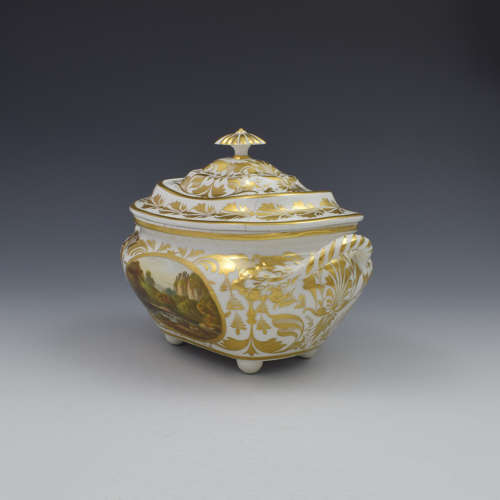 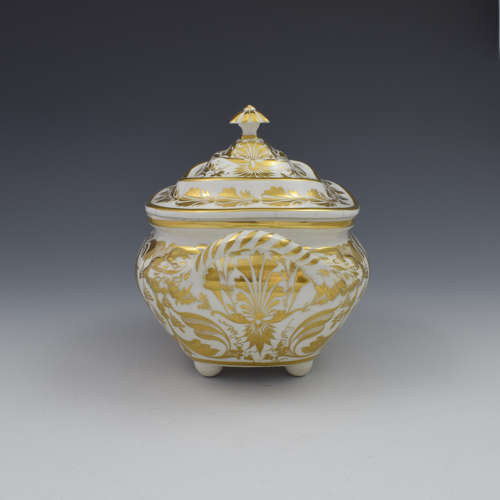 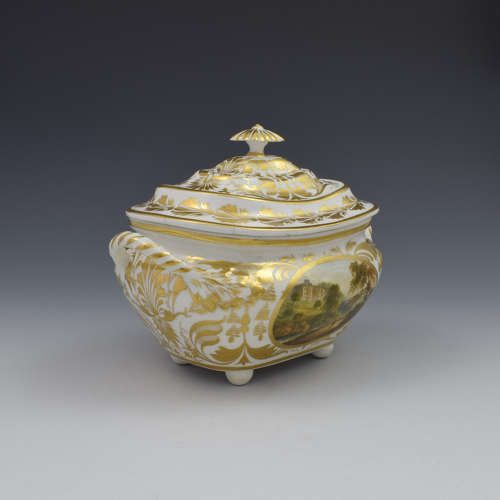 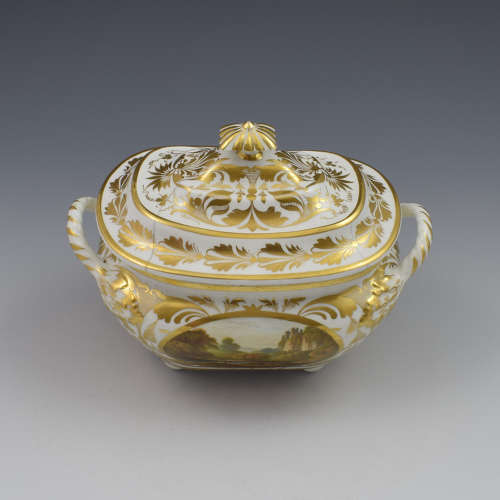 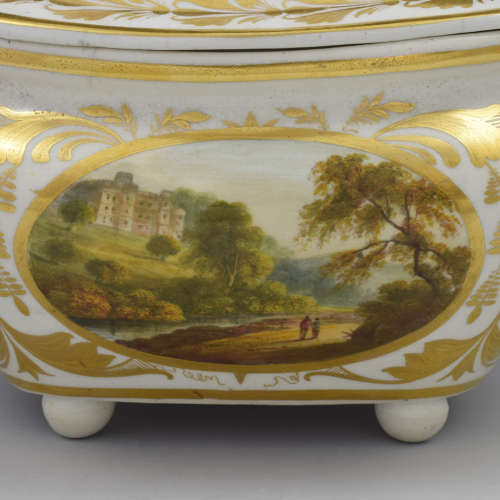 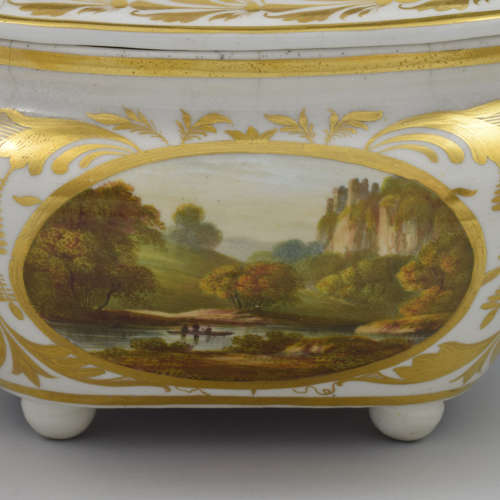 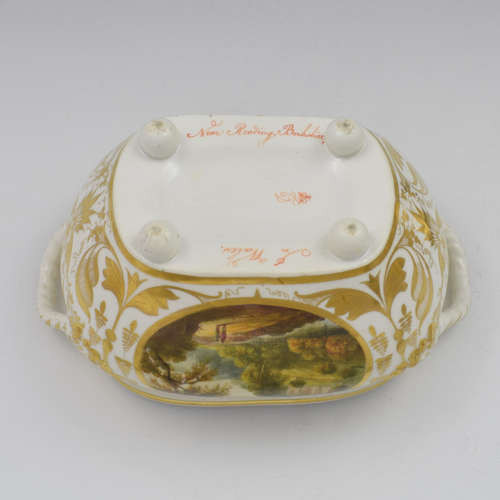 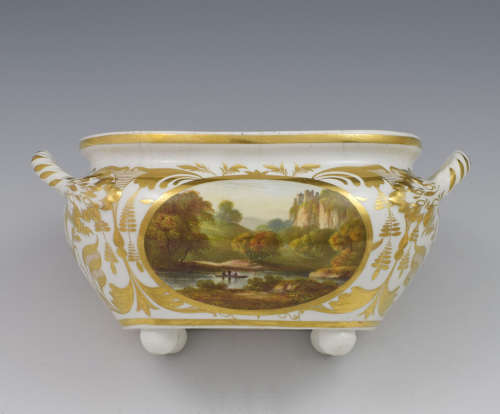 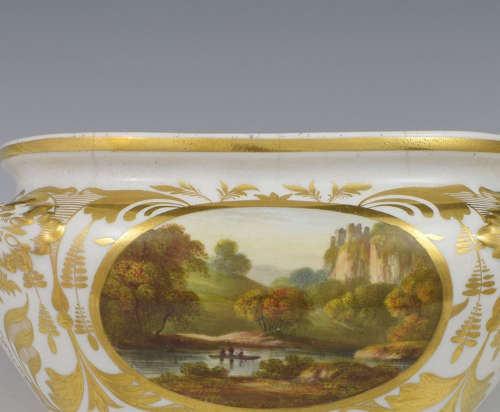 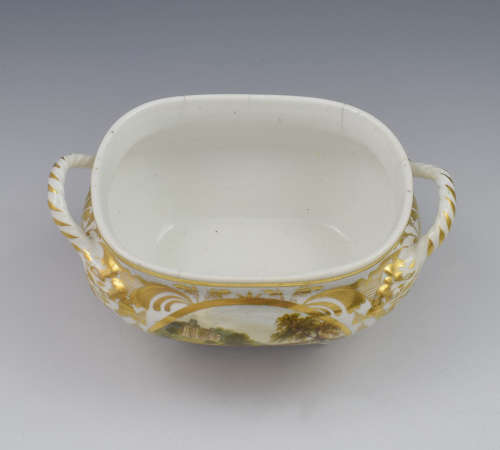 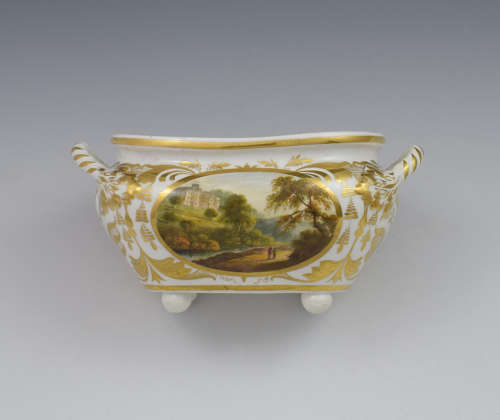 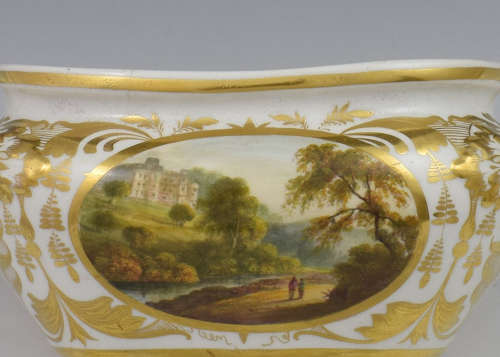 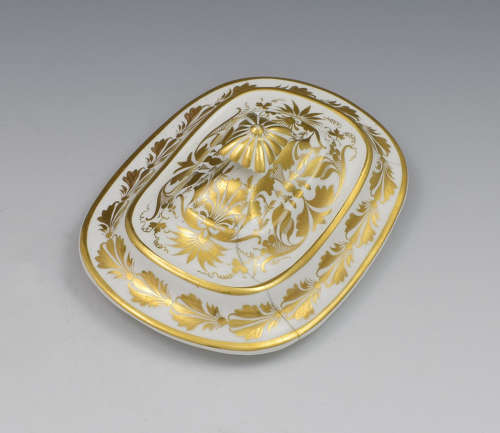 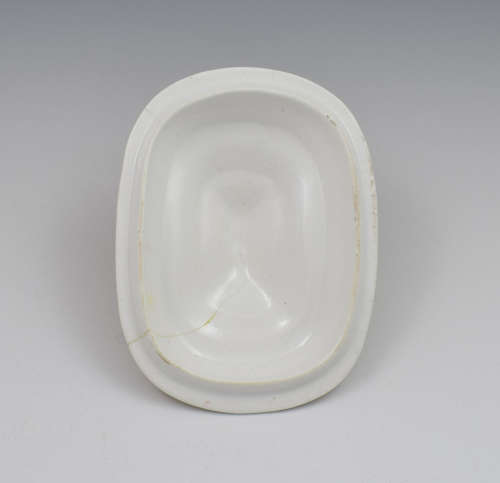 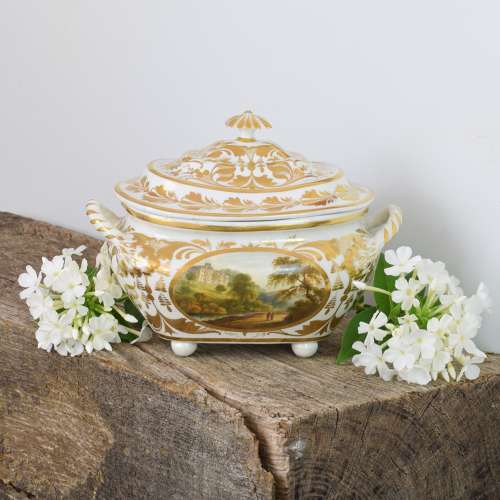 Similarly themed scenes, one titled "Near Reading, Berkshire" depicts 3 men in a canoe on a river with a fine hilly landscape and a castle stood atop a cliff, and the other titled "Wales" showing another castle set up on a hillside with a river running along the bottom and a couple standing on the other river bank surrounded by trees with a mountain in the distance. The views in red script to the base along with the red painted factory mark c.1815.

Condition is very good overall but there are a few hairlines, mainly minor but with a longer one to the cover running from under the knop to the rim. There is one other short line approx. 1" from the rim to the first step on the cover and 2 other very short ones a few milimeters. There are 5 very short hairlines to the rim of the sucrier bowl just running from the rim to the top of the main gilding. There are 2 tiny chips tucked under the corners of the knop but no other damage and no repairs or restoration. Surface wear is minimal, no discernible wear to either the enamelling or gilding. Some of the shaped area of the piece, e.g. the concave area just below the rim is finely crazed as is usual but there is no discoloration.