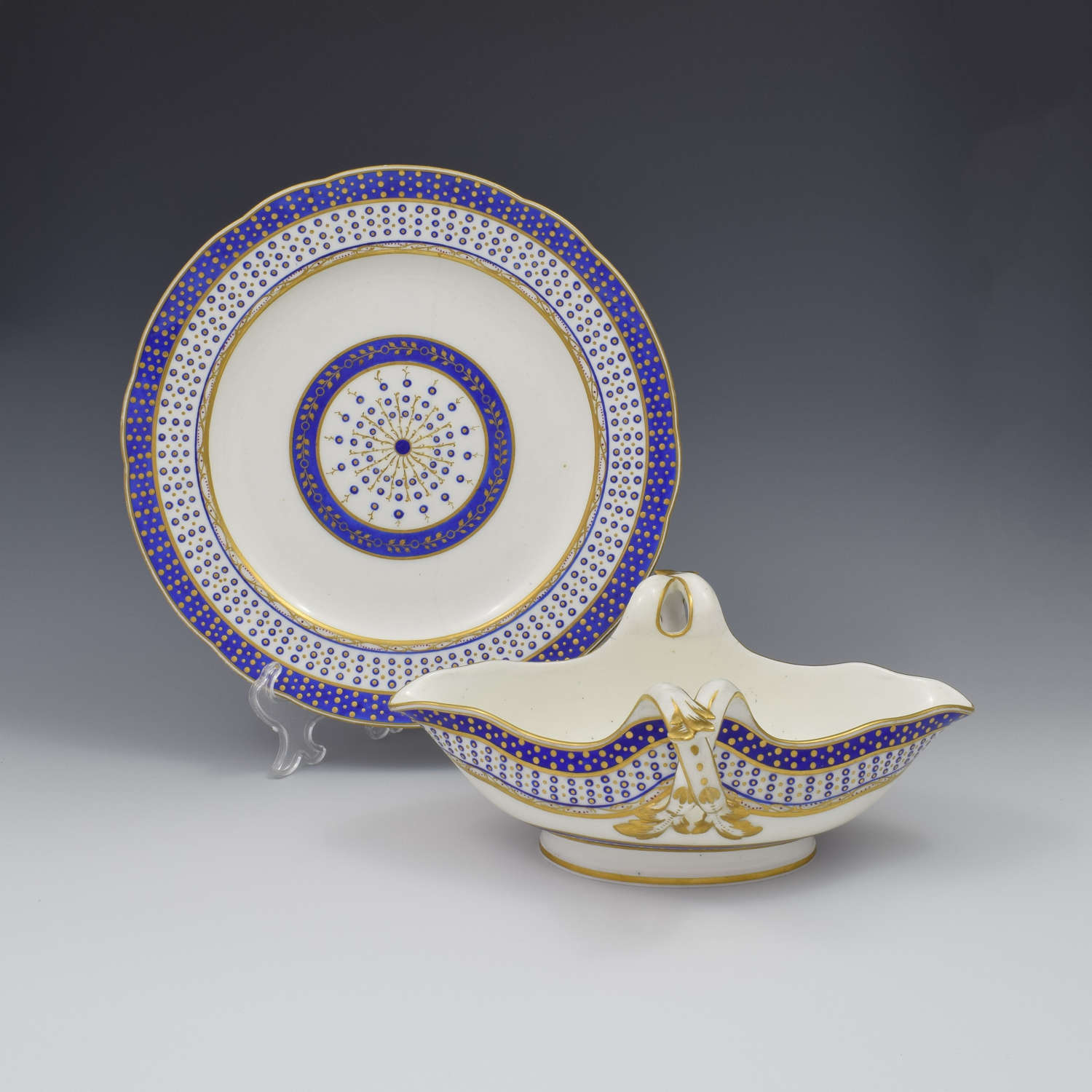 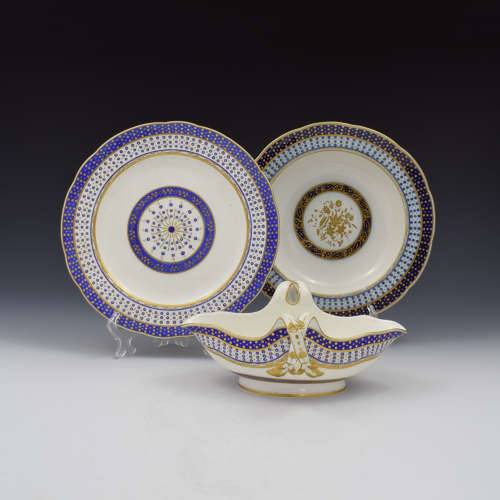 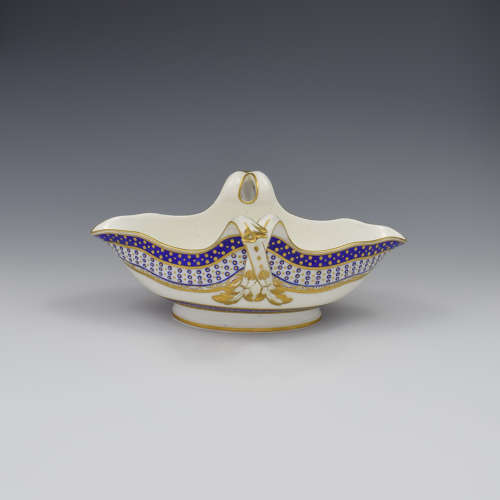 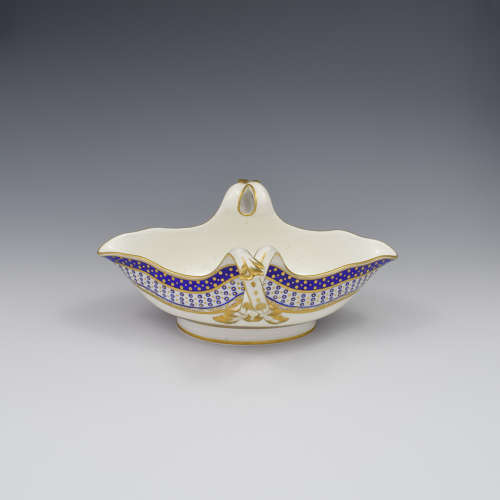 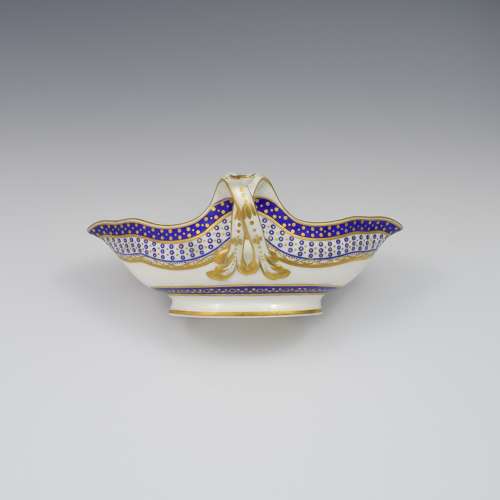 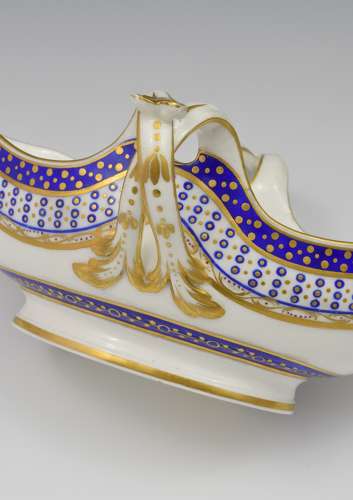 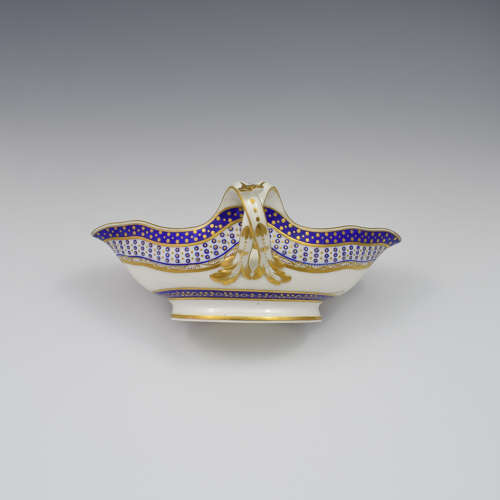 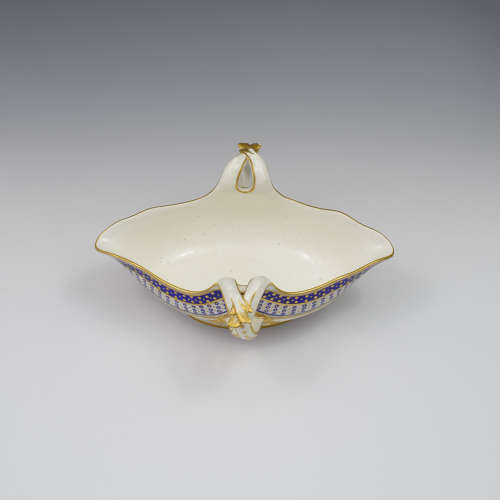 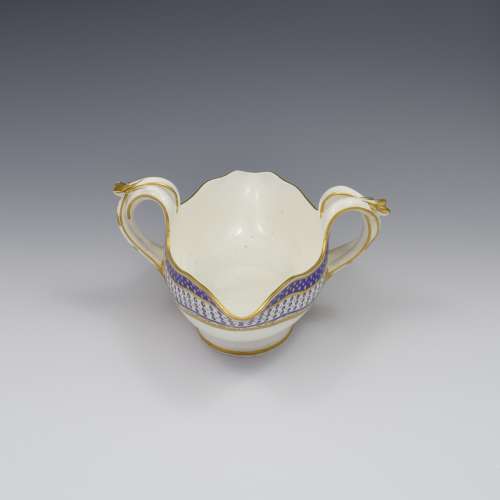 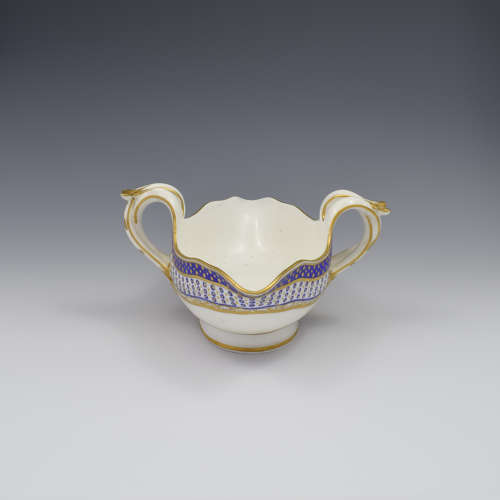 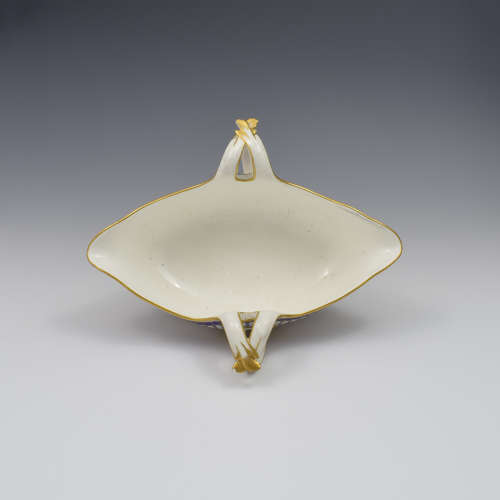 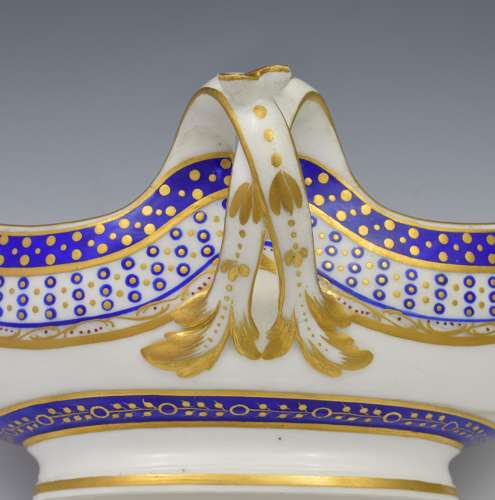 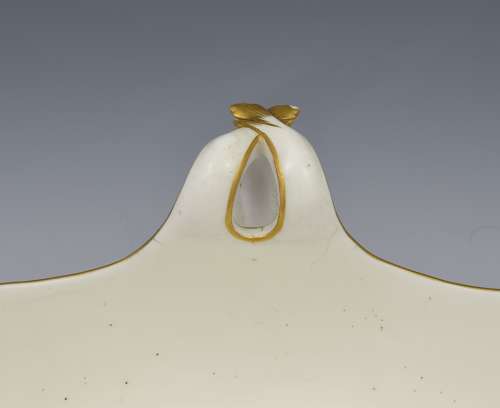 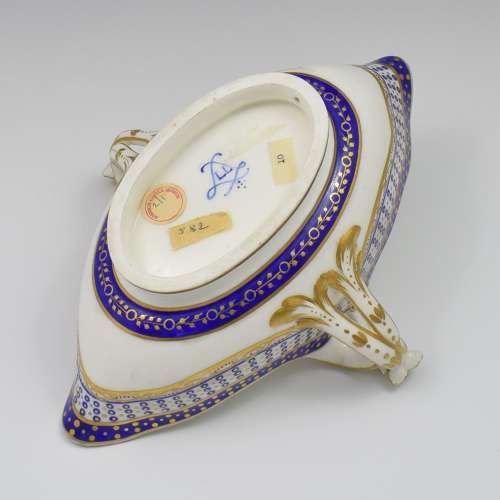 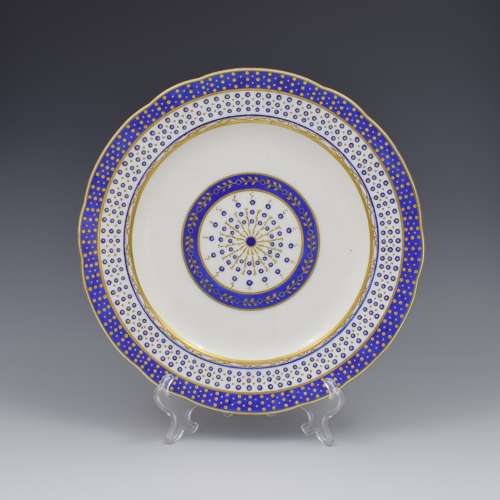 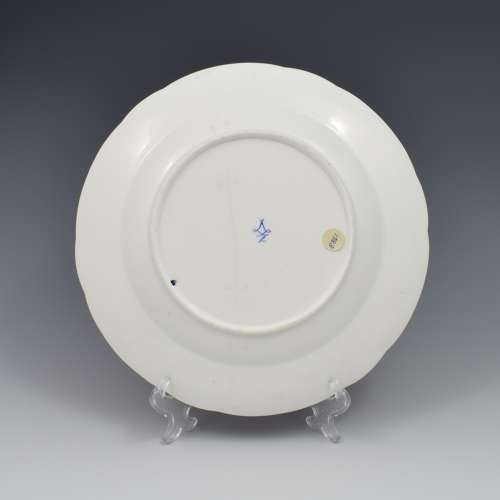 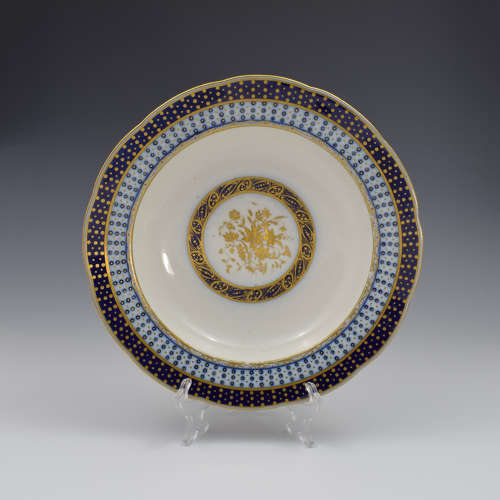 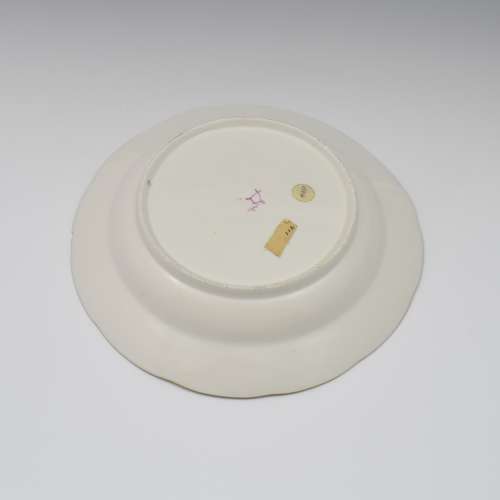 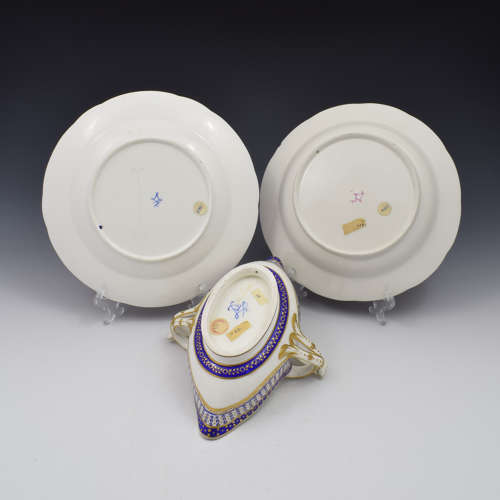 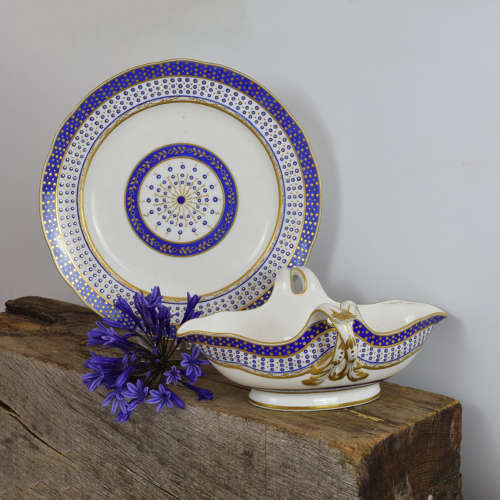 Condition is very good: the sauceboat is in fine condition with no damage or restoration and minimal handling wear. There are a few small firing lines around the handles and some kiln dust spotting the the rims. The plate has been broken in half and been previously staple repaired but now professionally repaired, Handling wear is very light, just to one of two areas of the rim. The bowl has a small chip to the the rim and minor handling wear.

The sauceboat has a collection sticker for the Norwich Castle Museum

It is believed there are only 2 services of this design completed in 1788, one for the Spanish Ambassador to France, 7th Count de Fernán Núñez, Don Carlos José Gutierrez de los Ríos, and one for M. Halles, the latter service started in 1787 and completed early in 1788. Details of both services can be found in "Sevres Plates & Services Of The 18th Century Volume IV" by David Peters.