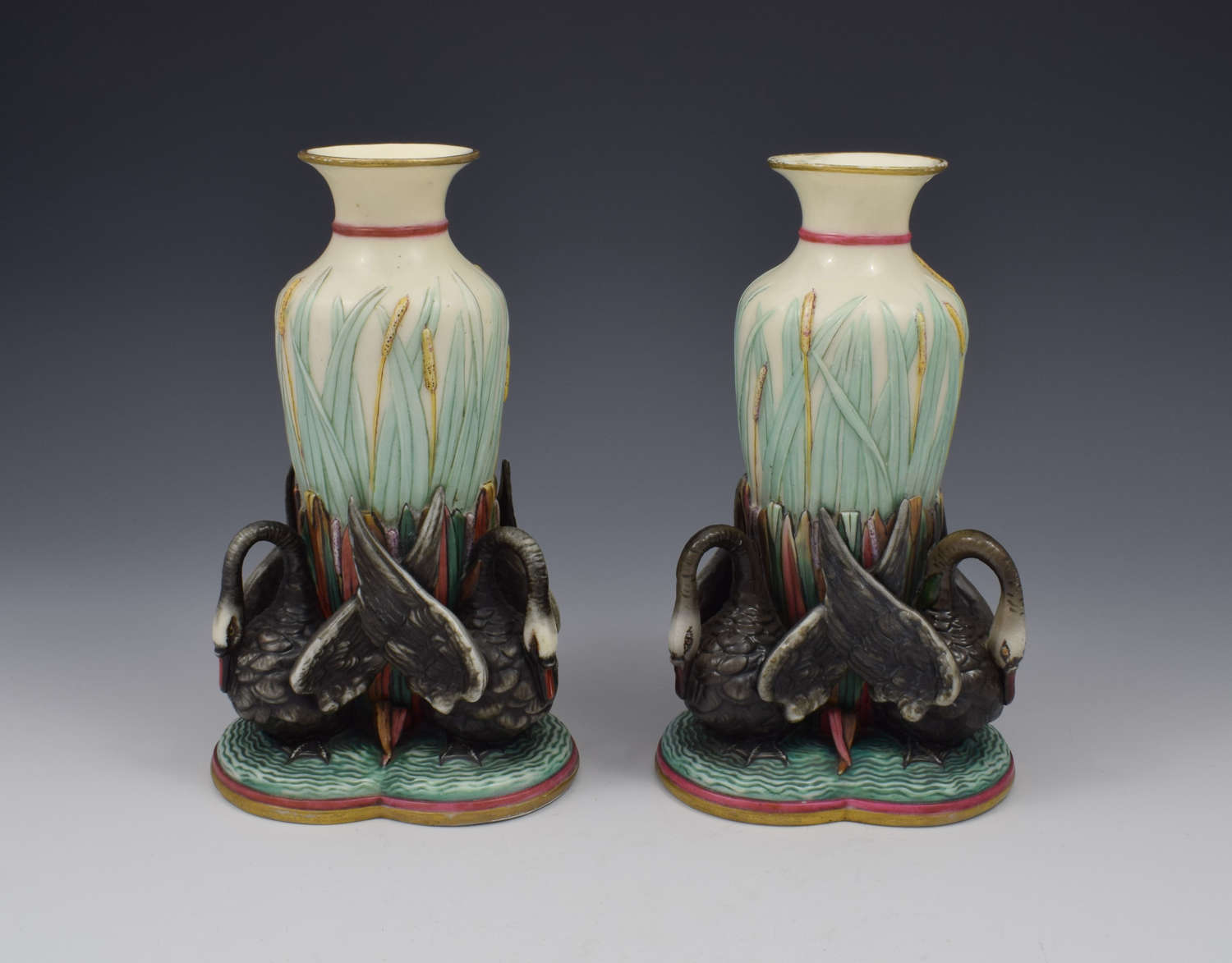 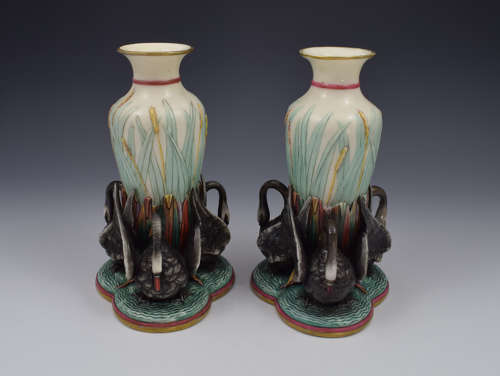 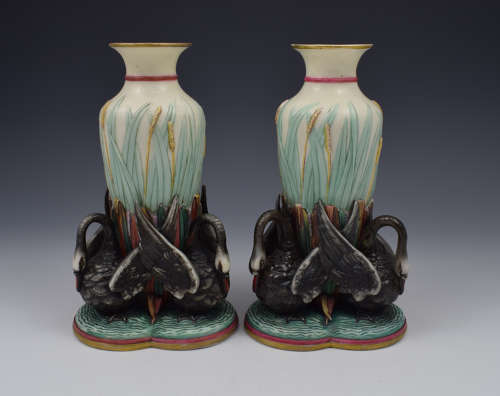 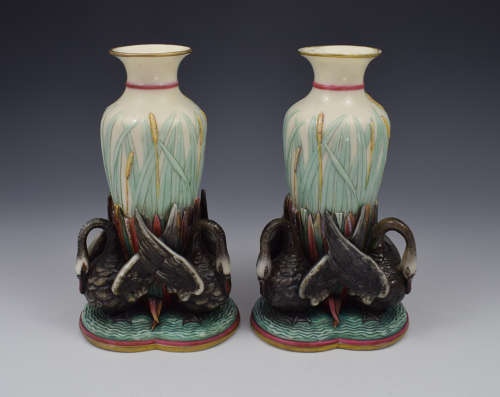 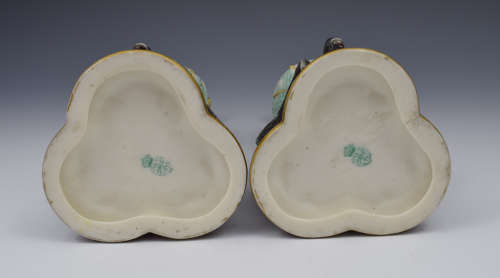 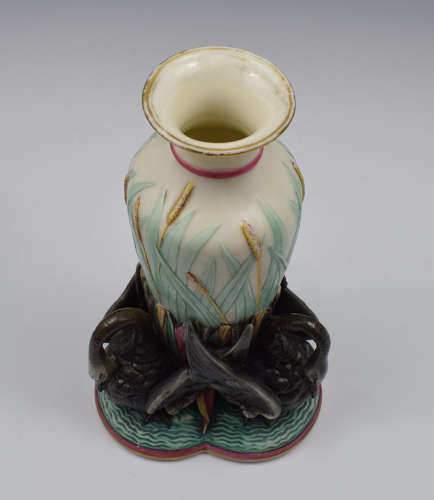 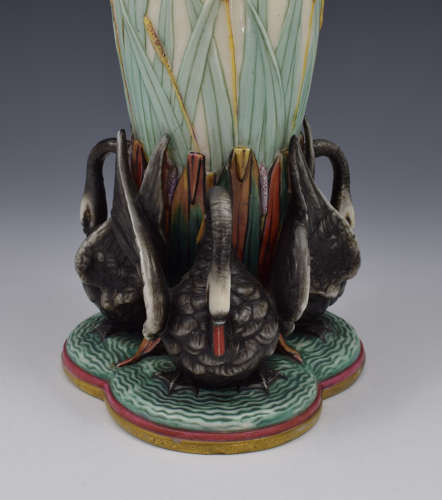 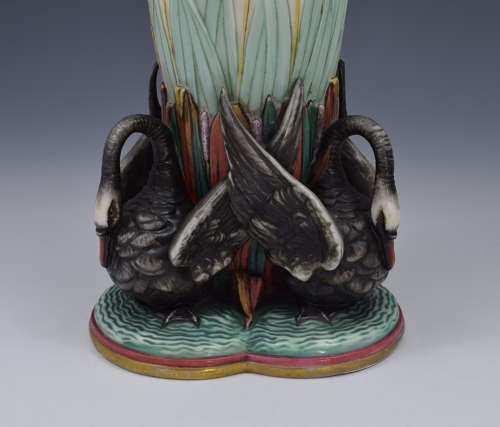 Unusual pair of Royal Worcester vases with 3 black swan figures set around large trefoil bases and with a central baluster vase with bullrushes running up the sides. The swans each with wings overlapping and necks curved over so their heads rest on their chests. The bases are moulded to appear as rippling water and there are bright pink and gilded bands as trim. The glaze is an unusual matt finish.

Condition: the pair display very nicely but there are a few faults to note - there has been professional restoration to the neck/heads of 4 of the swans (3 on one vase extending to the top of the chests, and 1 on the other, just the neck). The neck/rim on one has also been restored and there is some rubbing to the gilt rim of the other. A fine hairline under the base of both, one extending from a firing line. There are some signs of kiln dust contamination around the rim.