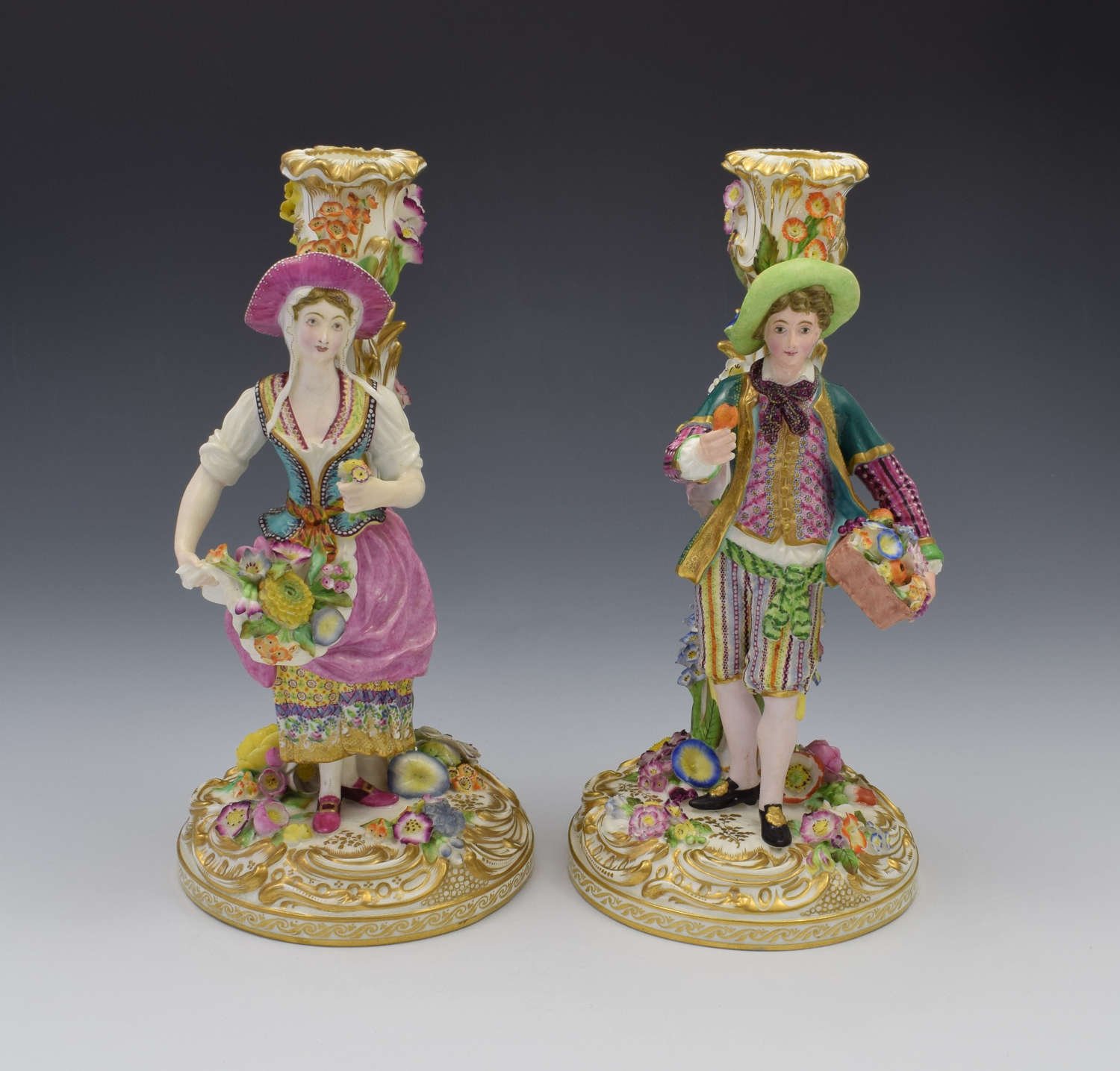 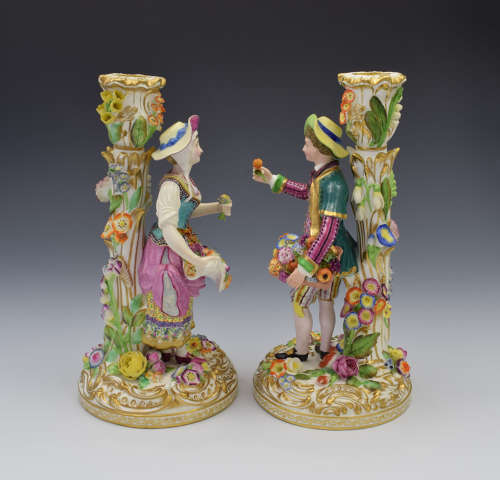 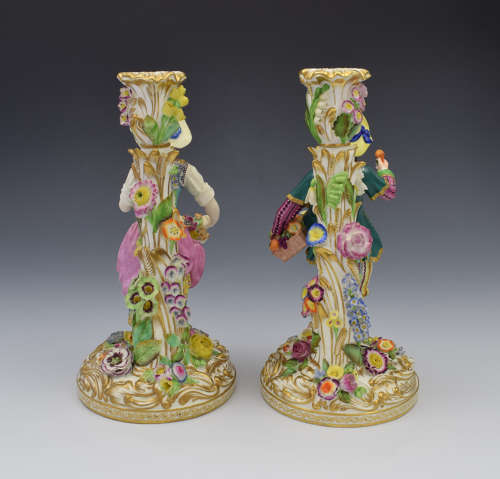 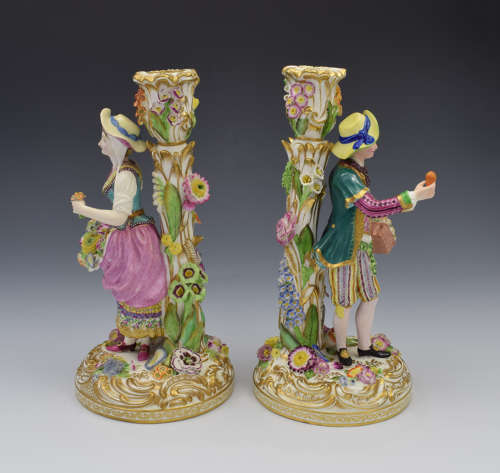 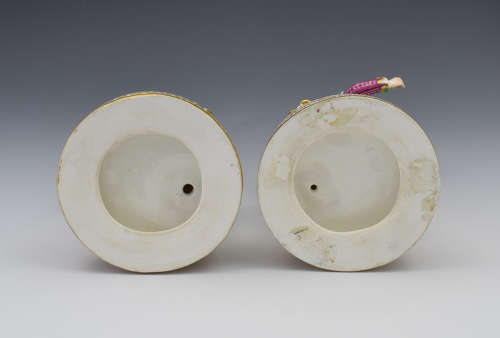 Very nice pair of Minton figural candlesticks set on circular bases with moulded scrolls and ornate gilded decoration on the white ground and further decorated with applied flowers and leaves in bright enamels. Both figures are very finely modelled and superbly decorated in enamels in incredibly detailed patterns to the clothing with lots of bright gilding to embellish. The girl is modelled as a flower seller with her apron full of individually modelled flowers and leaves and holding a small posy in her left hand. Her male companion has a basket of flowers and fruit under his arm and holding out a pear in his left. The candlesticks of rococo form, very similar to Coalport in style, rise behind the figures, again encrusted with flowers and gilded detail against the white ground including moulded and decorated ears of wheat.

Condition is very good: there have been 2 clean breaks to the male figure's right arm below the sleeve and at the wrist which have now been professionally and invisibly repaired. The girl has a 3mm hairline to the brim of her hat at the back. There is also some crazing in the glaze around the girl's neck and arms, these have been thoroughly examined and are simply lines in the glaze caused from firing as these are early bone china figures. There has not been any damage or repair to these areas or otherwise other than to the male's arm as mentioned, and I can detect no signs of restoration. There are also 2 short firing hairlines under the base of the female extending a very short way from the centre of the inner lip. There are a couple of small chips to some of the flowers but really very few for this type of decoration; it is in very good order. Surface wear is minimal to both enamels and gilding.