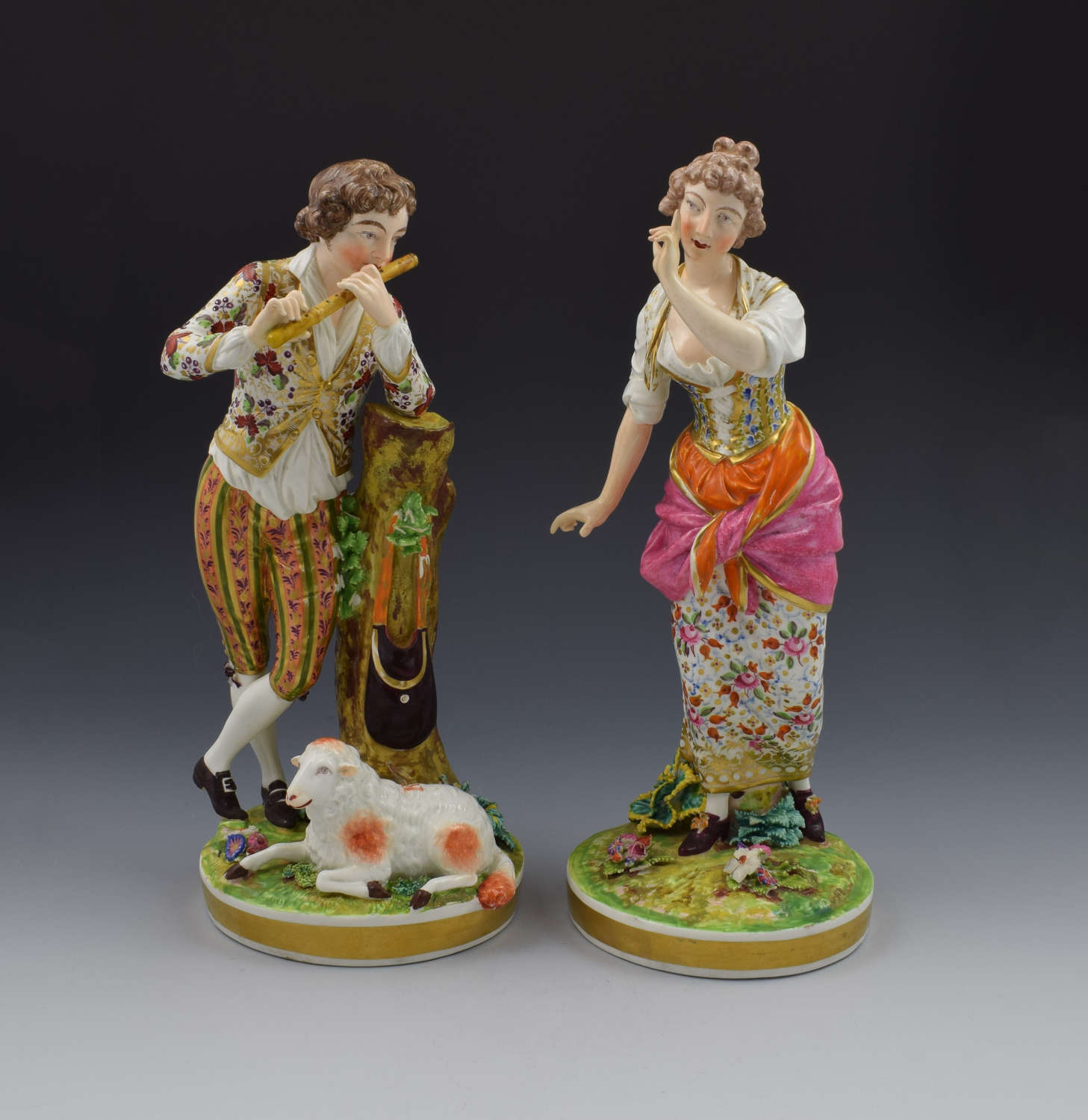 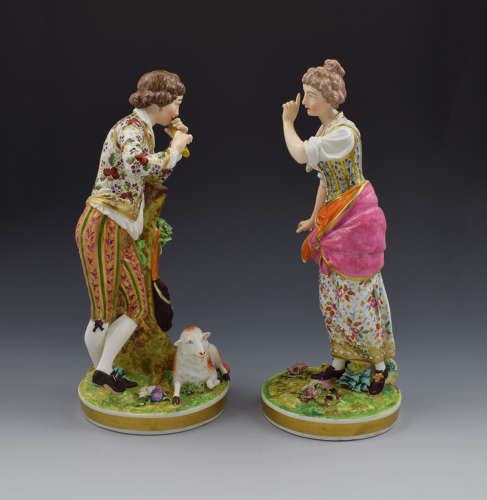 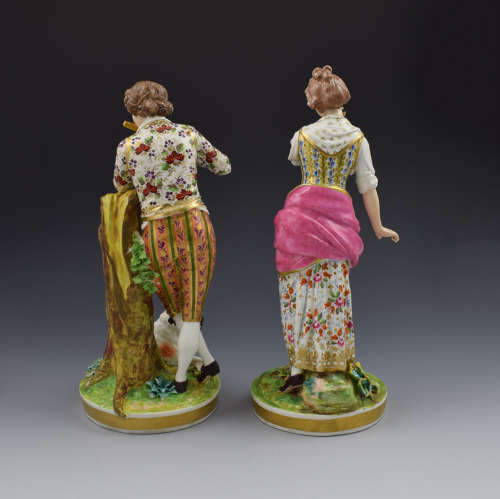 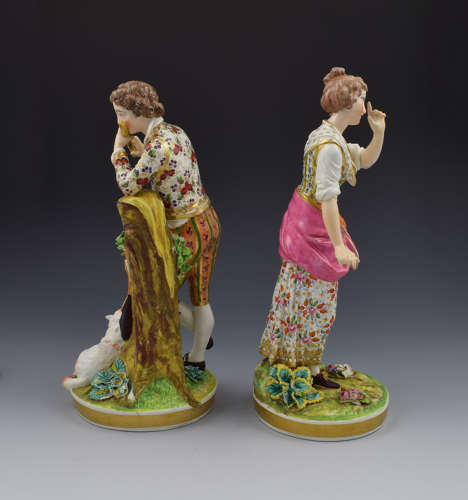 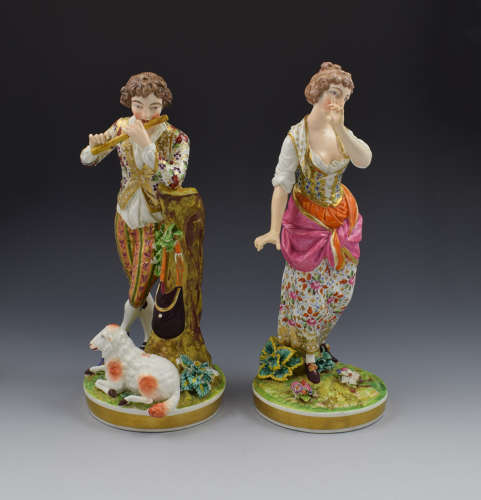 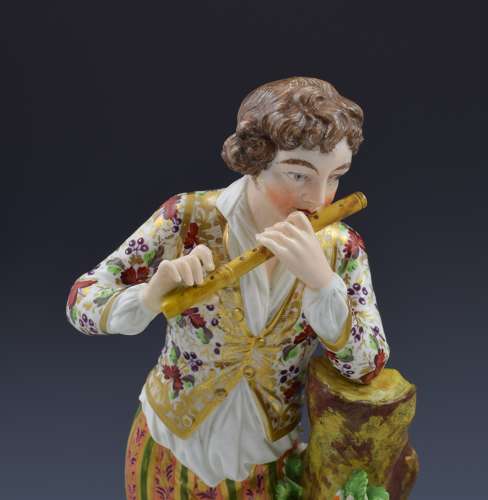 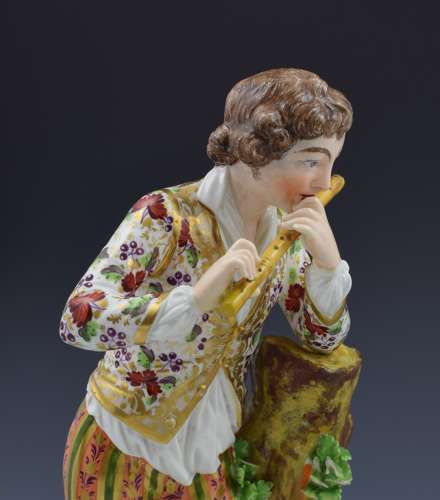 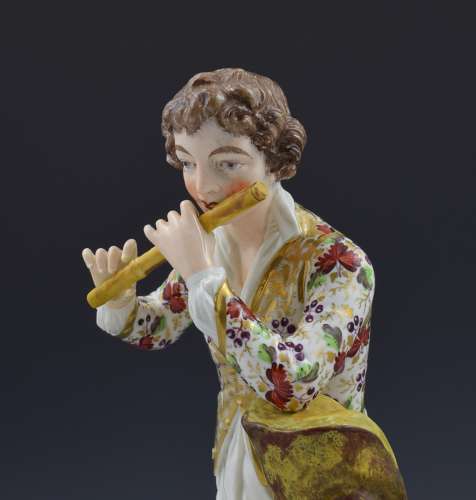 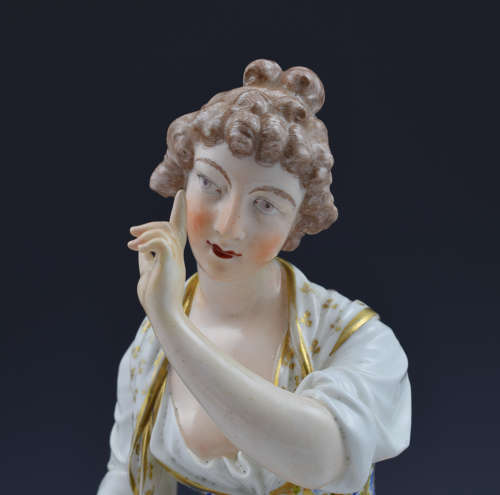 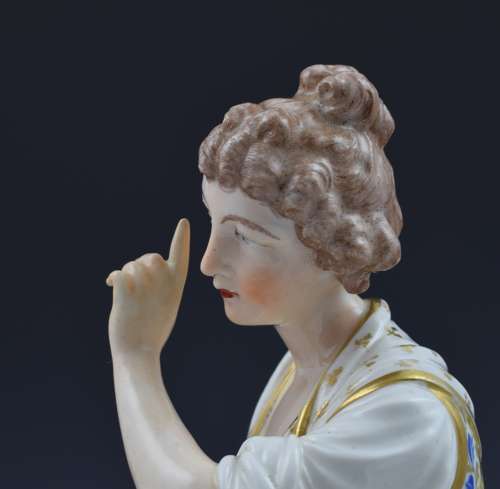 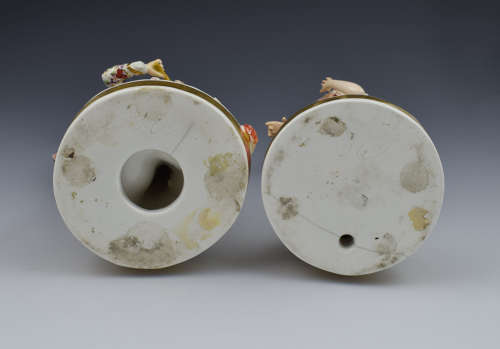 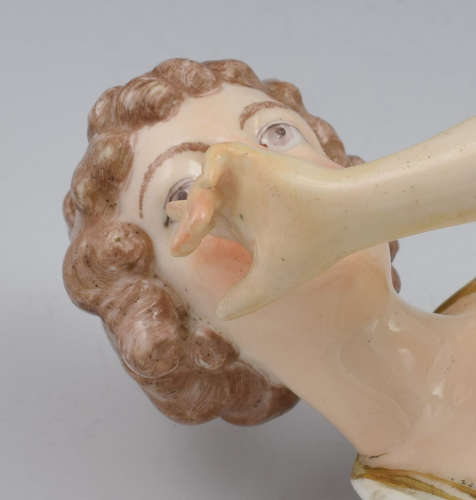 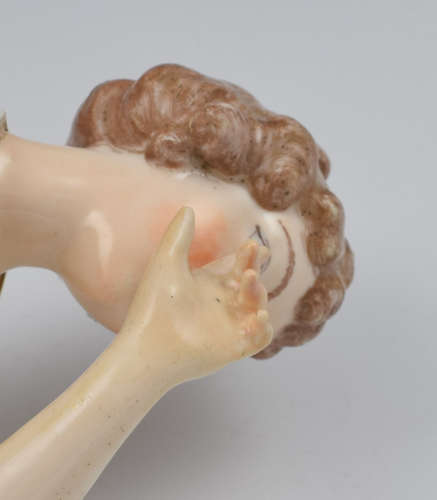 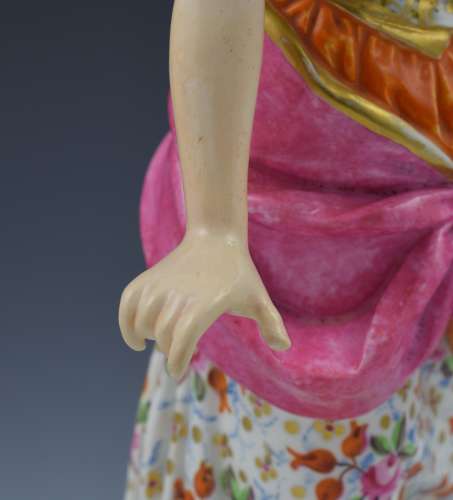 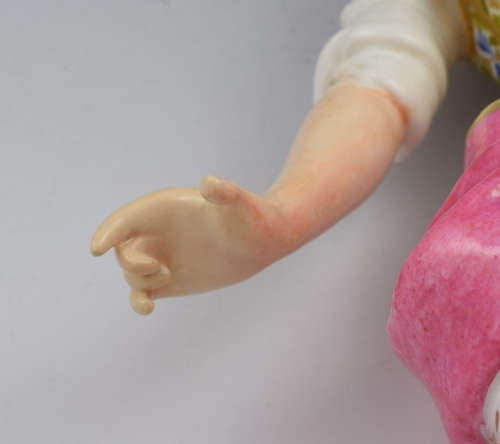 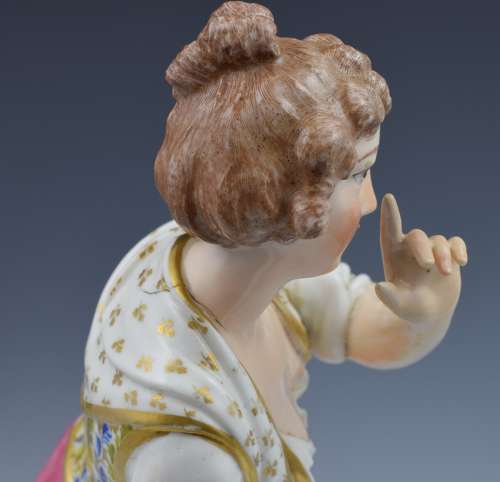 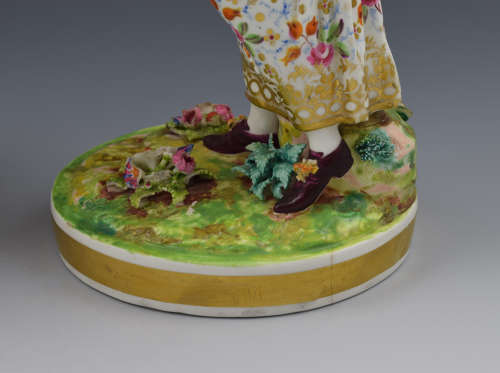 A very handsome pair of Derby figures produced in the Robert Bloor period, c.1820, modelled as a shepherd and shepherdess, incised model numbers N369 to each base. Heavily styled features and bold enamels in bright pinks and oranges typical of the period. They are are stood on circular bases with naturalistic flowers and foliage. The sheep lying at the foot of the shepherd has the initials RB painted on its back in matching orange enamel. This is an unusual feature not found on many examples and I believe stands for the initials of Robert Bloor.

Condition is very good. She has had some professional, very minor work to her hands, as close to invisible as you get and it has taken a lot of patience with a jeweller's loupe and a very bright light to understand exactly what has happened but I believe it to be as follows: that the thumb on her right hand has been broken off and repaired. All other fingers seem fine but the hand has been over-painted to blend as is common. The re-painting extends someway up her forearm so it is possible there has been a further repair at the wrist but that is speculation as I can find no specific evidence of this but it could be truly invisible.

On her left hand the affected areas are her thumb again and forefinger. I think again they have been broken off and reinstated and again there is a little over-painting to the palm and back of hand. On both hands the re-painting is thin and you can still see some kiln dust spots underneath. I don’t believe anything has been fabricated, it all seems to be original porcelain underneath.

There are no other repairs or areas of restoration I can detect on either figure. The necks are fine however she does have a firing line that runs part way up the right side of her neck and over the collar at the back. There is a fine hairline that runs under the base of her, you can see it run up one side, but invisible on the other side. He has a part hairline under the base from the air hole. A few very minor chips to the leaves on the base.