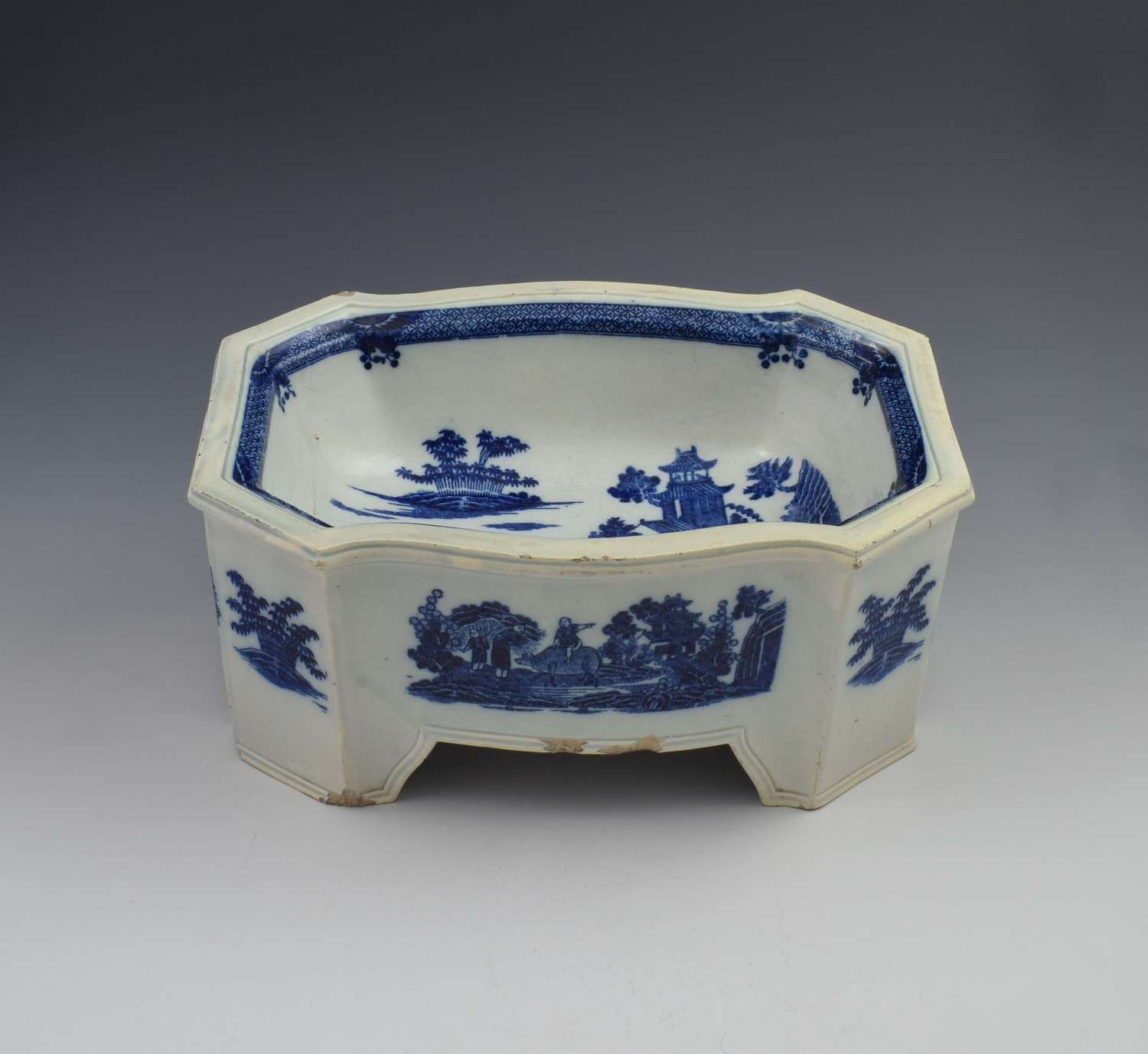 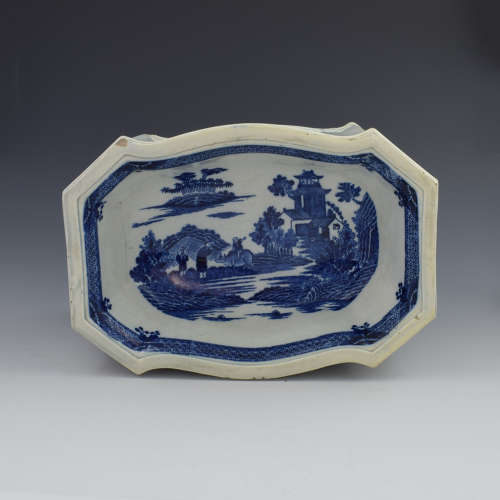 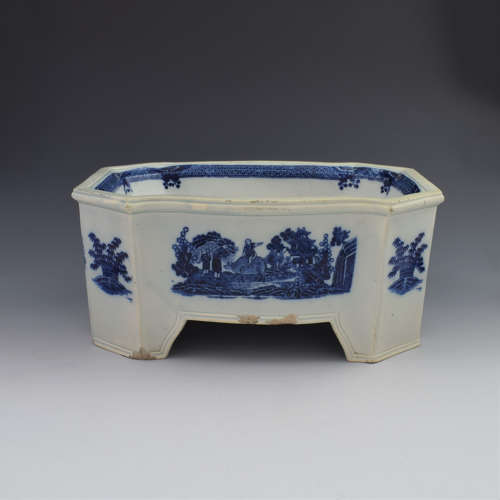 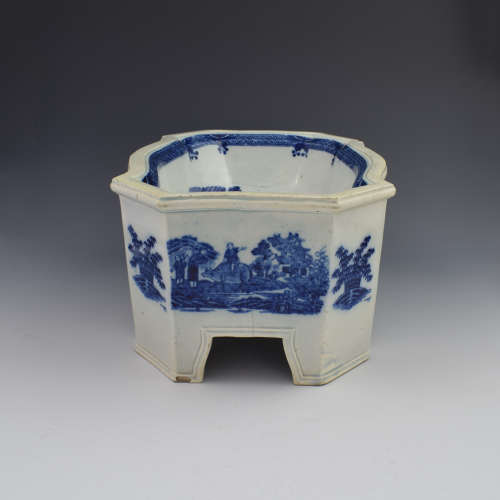 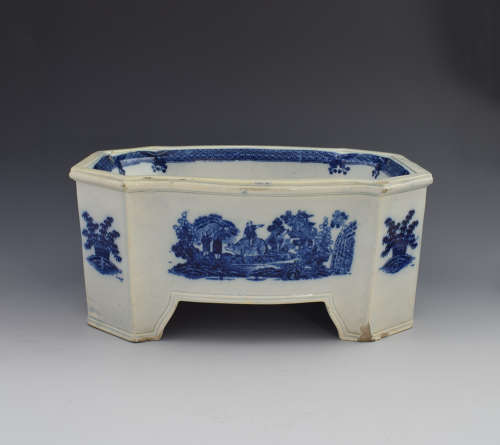 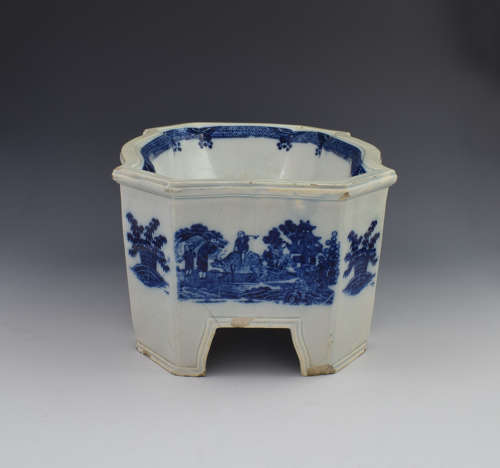 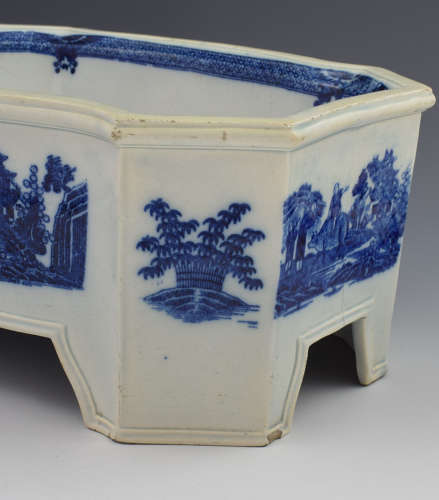 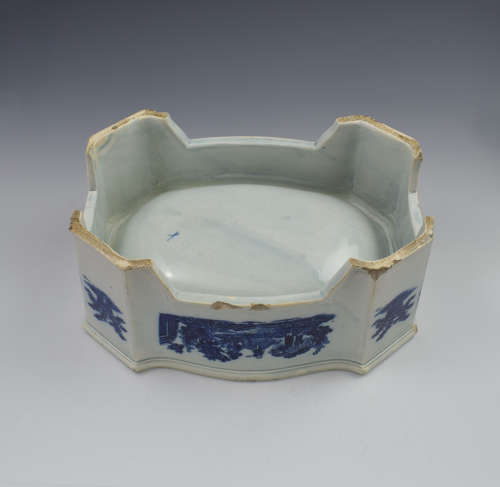 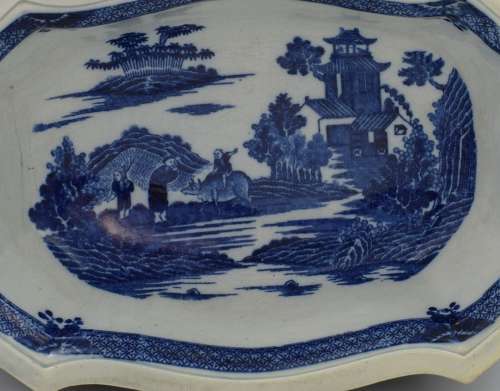 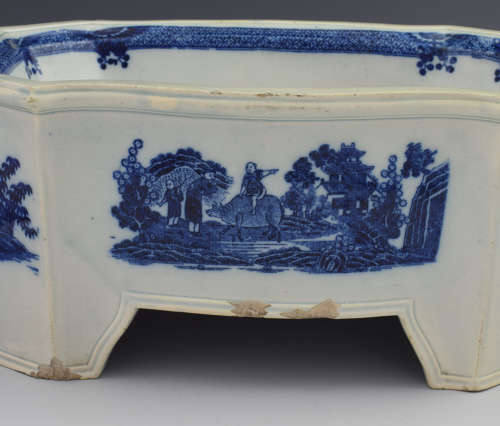 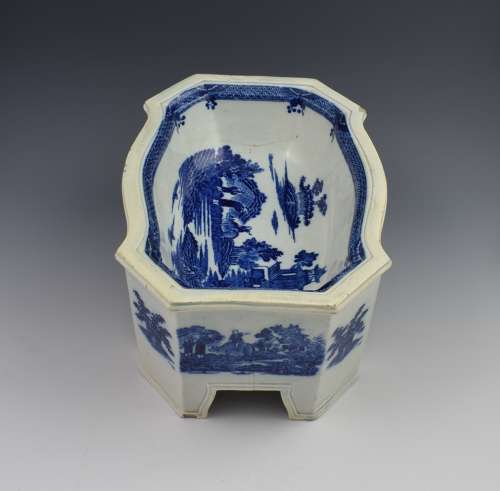 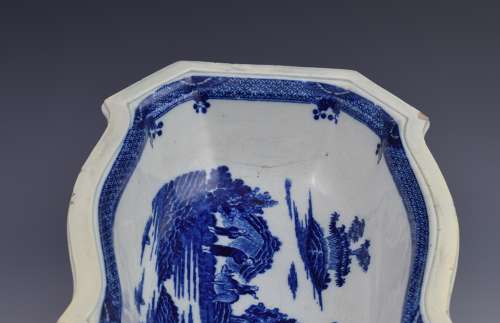 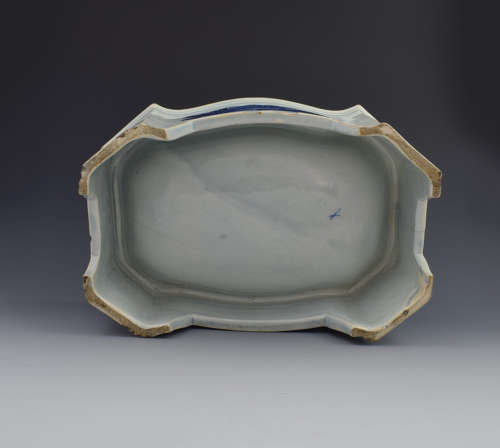 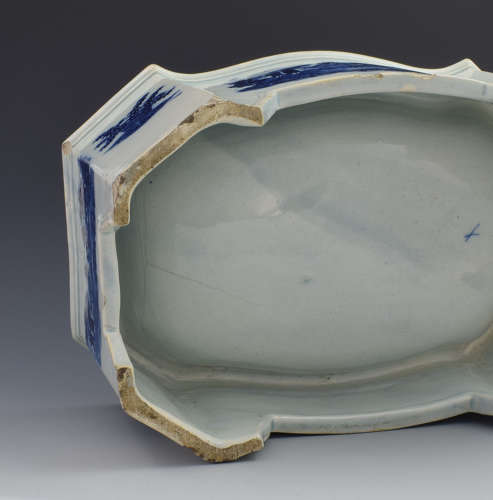 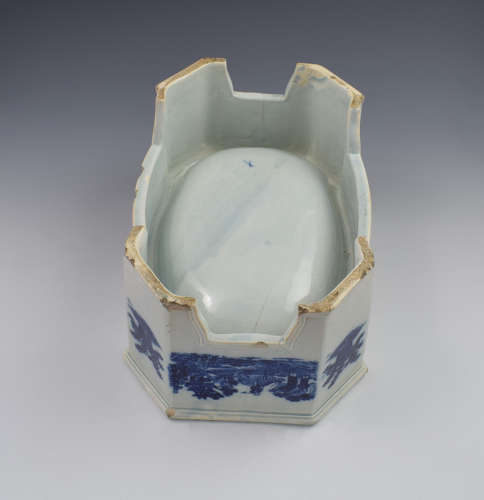 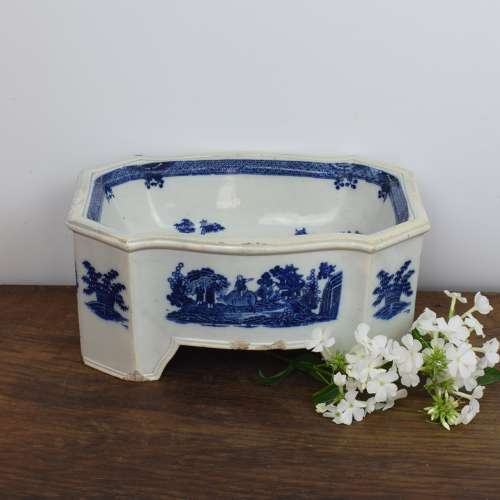 An unusually large example of an early 19th century blue and white pearlware dog bowl printed in the Boy On A Buffalo pattern. A nice quality piece with crisp moulded stepped detailing around both upper and lower rims. The main central panel has the full buffalo scene with moth and cell border. A reduced scale image is printed on the 4 main sides and the upper part of the pattern, that of a pot of bamboo on a mound is printed on the short octagonal sides.

There is an underglaze cross mark to the base, likely a workman's mark, no factory mark, but probably Spode, c.1810.

Condition is good overall but there is some damage, some chips around the base and a few hairlines. There is a shallow chip to the top rim and a number of smaller nicks. Around the feet and lower rim there are 10 chips of varying sizes. There are tight hairlines to both of the short sides and a T shape hairline to one side of the bowl. Nothing to affect use, it is fully watertight and it displays well, a very charming and early example and rare in its large size.